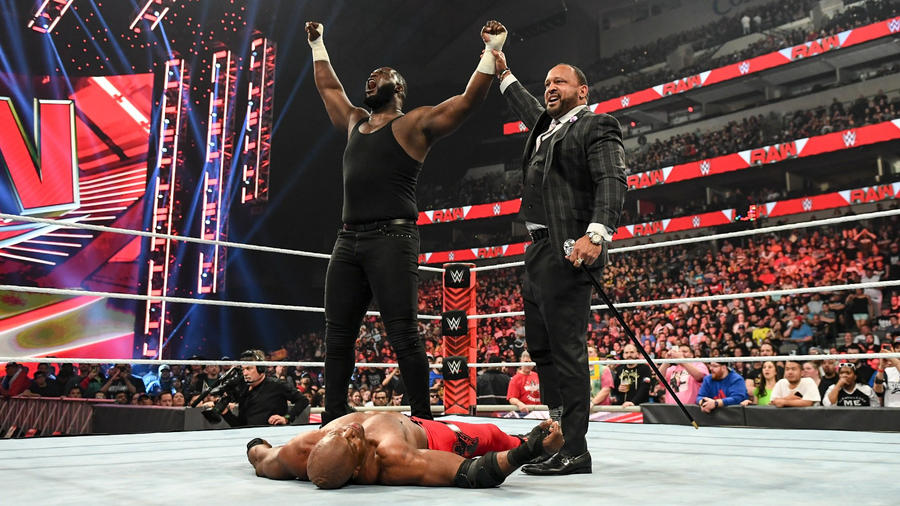 Half-man, half-amazing. That’s the boast former United States Champion Montel Vontavious Porter cribbed from hip-hop mastermind Nas to describe his particular talent in the ring. Indeed, at his best, the hottest free agent in WWE history seemed to posses abilities that were superhuman. But the onetime convict who fought his way out of a turbulent life of crime was as real as it gets.

First introduced on the Aug. 4, 2006, edition of SmackDown, the cocky newcomer displayed the same bravado and bluster as NFL egomaniacs like Terrell Owens and Chad Johnson. That shameless self-promotion led WWE officials to sign MVP to the most lucrative contract in the history of the blue brand — a big money deal that inundated the Superstar’s early WWE tenure with questions of: “Is he worth it?”

Although his unproven arrogance — not to mention the bizarre bodysuit he competed in — did little to endear him to the WWE Universe, MVP proved himself by surviving a vicious series of matches against the demonic Kane and grabbing the United States Championship within months of his debut — a title he held for an astounding 343 days.

An ensuing rivalry with Matt Hardy became MVP’s claim to fame as the two Superstars competed in arm wrestling matches and pizza eating contests in a never-ending game of one-upmanship. While at odds, the foes unexpectedly won the WWE Tag Team Titles, putting two championships in the hands of MVP simultaneously.

After losing his U.S. Title to Hardy, the so-called “ballin’ ” Superstar’s career hit a snag with an embarrassing losing streak that lasted from summer 2008 through April of the following year. The disappointing run did little for MVP’s reputation, but the humbling reality of his win-loss record allowed a more truthful side of his persona to shine through. Stepping out from behind his designer sunglasses and shiny platinum chains, the braggadocios competitor revealed himself to be an inspiring figure who turned his life around after serving time in prison as a young man.

MVP was cheered on by WWE fans during his final years with the company as he enjoyed another reign as United States Champion and formed an impressive tag team with the mighty Mark Henry. Parting ways with WWE in 2010, he went on to compete in the hard knock rings of Japan, further proving that there was serious skill behind MVP’s swagger.