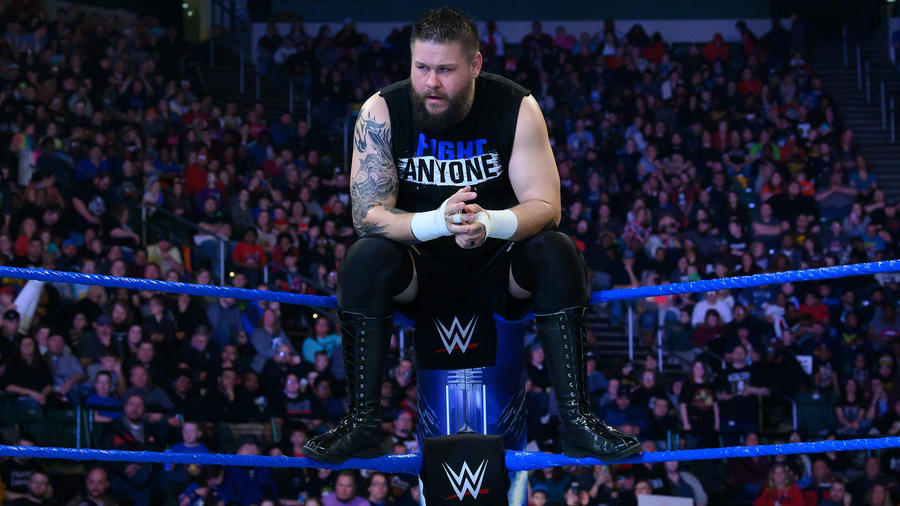 Kevin Owens is an outspoken, Quebec-born brawler who bolts around the ring with equal parts grace and bad intentions.

Lauded by The Rock and possessing what WWE Hall of Famer “Stone Cold” Steve Austin described as a “hell of an arsenal,” Owens has earned many accolades in North America and abroad.

During his 14 years as a globetrotting independent grappler, Owens has crossed paths and locked horns with men who went on to become WWE Superstars, including Daniel Bryan, Seth Rollins, Adrian Neville and Sami Zayn. After achieving success around the globe and being recognized as one of the world’s top in-ring competitors, Owens is ready to join them.

At NXT TakeOver: R Evolution, Owens wasted no time making his presence felt. In the show’s opening match, Owens devoured CJ Parker, much to the delight of the NXT Universe. He left an even bigger impression later in the evening when he attacked newly crowned NXT Champion Sami Zayn following Zayn’s title win over Adrian Neville. Though Owens initially looked supportive of his longtime friend, his true intentions were revealed when he powerbombed Zayn onto the ring apron. Due to Owens’ attack, Zayn had to be stretchered from ringside.

Owens' path of destruction continued at NXT TakeOver: Rival on Feb. 11, Owens hit Zayn with multiple, vicious powerbombs, forcing the referee to stop the match by order of WWE medical staff. Owens was then awarded the NXT Championship in shocking fashion! After winning the title, Owens set his sights on Alex Riley, goading the announcer into leaving his job to get back into the ring, only to feel the wrath of the NXT Champion. With dominant victories over Riley and Finn Bálor under his belt, Owens had to deal with Zayn once again.

At NXT TakeOver: Unstoppable, Owens match against Zayn ended in a chaotic No Contest – and marked the emergence of Samoa Joe.

At WWE Elimination Chamber 2015, Owens walked confidently into the biggest match of his life against Cena and, to the shock of the WWE Universe, walked out with a career-making victory after demolishing The Champ, picking up the victory with his devastating Pop-up Powerbomb. On June 14 at Money in the Bank 2015, Cena avenged his defeat to Owens in a highly anticipated rematch. However, after the match, Owens disregarded a show of attempted respect from Cena when he assaulted the leader and Powerbombed him onto the edge of the ring apron. Following that, Owens raised Cena's United States Championship into the air, clearly signaling that he is by no means finished with the leader of the Cenation.

Owens followed up on his vicious attack on Cena by issuing an open, non-title challenge on Raw, where he defeated Dolph Ziggler in a grueling bout. Later in the night, the NXT Champion emerged following Machine Gun Kelly's performance of "A Little More," exchanging words with the rapper. When MGK tried to walk away from the confrontation, Owens kicked him in the gut and powerbombed him off the stage! When asked about the attack, the cold and calculating Owens offered a simple explanation as to why he attacked Machine Gun Kelly: "Because I felt like it."

In addition to setting his sights on Cena's United States Title, Owens has had to keep his head on a swivel, as both Samoa Joe and Finn Bálor have had him in their crosshairs. Joe is fuming after their first encounter went to a No Contest. Bálor was able to take advantage of the Fighting Superstar being spread too thin at Brock Lesnar: Beast in the East Live in Tokyo, as Owens lost the NXT Championship to the Irish Superstar in a thrilling contest on WWE Network. Owens came up short in his challenge for Cena’s U.S. Title at WWE Battleground when he survived a top rope AA but submitted to Cena’s STF.

In recent weeks, Owens has found himself embroiled in a bitter rivalry with Cesaro. But while the Swiss Superman has Owens in his crosshairs, the brawler set his sights on regaining the NXT Championship. In a thrilling Ladder Match, Owens threw everything he could at The Demon, but Bálor endured and emerged victorious. Owens got redemption the following night at SummerSlam, though, defeating rival Cesaro.

Owens has already proven to have no problem throwing fists, talking trash, and fighting anyone and everyone, friend or foe.