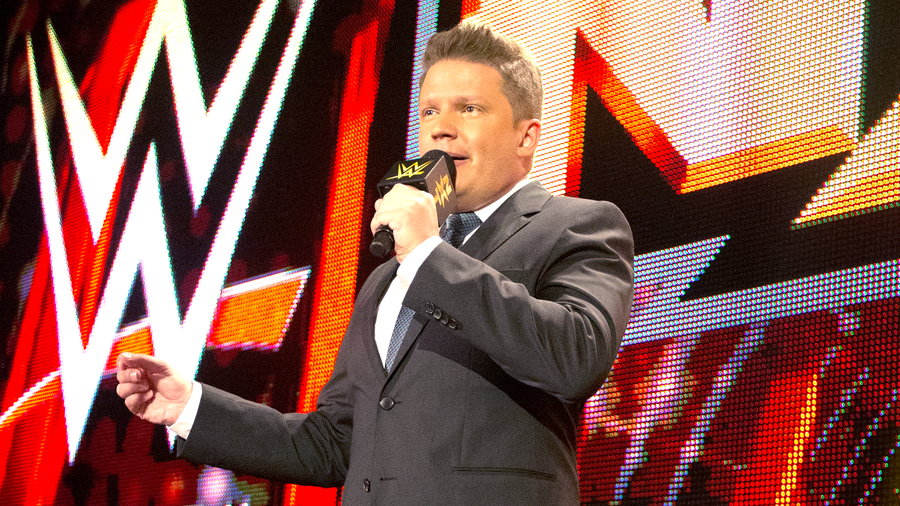 Greg Hamilton is the newest member of the WWE NXT broadcast team, but his dream of being a professional host dates back to his early teens.

Hamilton broadened his horizons as a host by performing in front of 20,000 people for the Orlando Magic, as well as hosting yearly events with the Miss America organization.

His entertainment television background has taken him from coast to coast, as he has hosted shows in prominent markets including Orlando, San Antonio and Los Angeles for CBS, FOX and NBC.

His love for sports-entertainment started as a child. “Waking up Saturday mornings to watch ‘Hacksaw’ Jim Duggan stomp around the ring wasn’t an option in my mind; it was a must,” he told WWE.com. “I think my favorite thing was to flap my arms and dance around the living room when Koko B. Ware made his way to the ring.”

As a fan, Greg was in attendance to see Bret Hart be crowned 1993 King of the Ring in Dayton, Ohio. “If you would’ve told that kid sitting in the Nutter Center that, in 2015, he would be working as a host for the WWE,” Hamilton said, “I never would’ve believed it.”