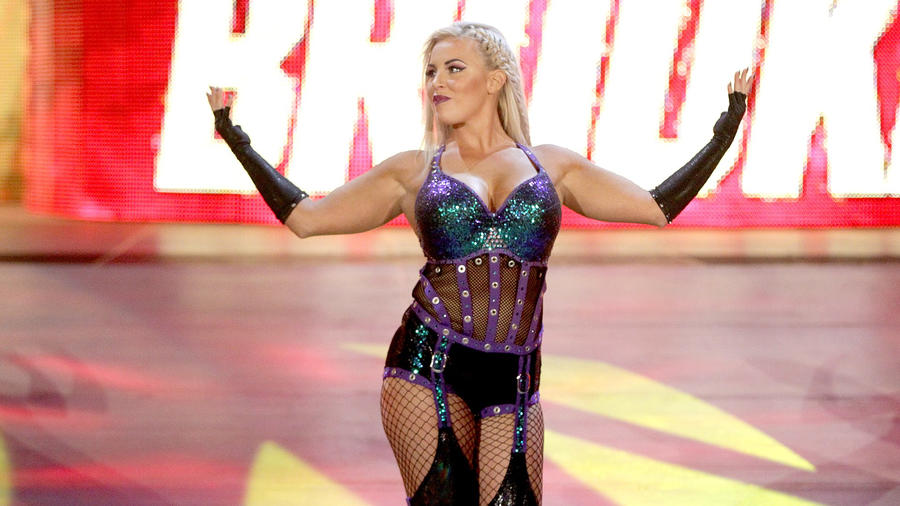 Dana Brooke has it all — beauty, brains and power — and she can’t help it.

Brooke joined NXT in 2013 from the world of fitness competitions. Bringing a body chiseled out of stone to the squared circle, the naturally gifted competitor picked up the ring game with ease.

Along the way, she also developed a supreme confidence in herself. You might say Brooke’s biggest fan is staring back at her in the mirror. Brooke has gone so far as to declare herself “The Total Diva.” In addition to her in-ring training, she earned her way into the Fitness International competition at the 2015 Arnold Sports Festival, a first for an NXT Diva.

But now that the competition is out of the way, Brooke has turned her attention to NXT. Flexing on her way to the ring, Brooke makes sure the NXT Universe — and her opponents — are familiar with every perfectly sculpted muscle before the bell rings. Once the match starts, the blonde bombshell unleashes an arsenal of powerful strikes and slams, punishing her opponents and backing up her boasts.

Dana Brooke plans on remolding WWE in her image, starting with NXT and the Women’s Championship. After that, who knows? “The Total Diva” is determined to make it to WWE’s main roster and beyond.