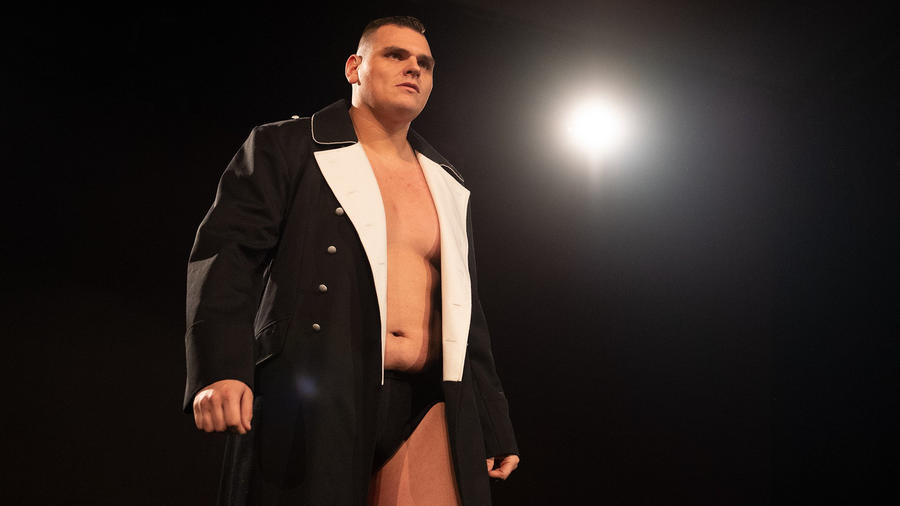 Gunther, already one of Europe’s most destructive heavyweights, is now also one of the most dangerous threats to the SmackDown locker room.

The Austrian bruiser made his surprise debut at the end of the historic first-ever NXT UK TakeOver: Blackpool event, laying out Gallus’ Joe Coffey with a big boot and coming nose-to-nose with WWE United Kingdom Champion Pete Dunne. His reign of destruction has not slowed down since.

Ushered to the ring as Dvořák’s powerful “Symphony No. 9” echoes through the arena, The Austrian Anomaly inspires fear in his opponents before he even steps through the ropes, and for good reason.

An active competitor for more than a decade, Gunther became a breakout star on the independent circuit in Europe and abroad in recent years. He’s feared around the world for his pulverizing in-ring style, including brutal knife-edge chops that leave opponents’ chests sunken and discolored. Gunther stands 6-foot-4 and tips the scales at around 300 pounds.

Over the course of his career, he has captured titles in Germany, England, Ireland and the United States, but it only took three months after arriving in NXT UK for Gunther to notch his biggest accomplishment yet, ending Pete Dunne’s historic 685-day reign as WWE United Kingdom Champion. The Ring General held the prestigious title for more than two years, retaining in wild brawls against the likes of Ilja Dragunov, A-Kid, Joe Coffey and Rampage Brown.

At NXT TakeOver 36, Gunther's 870 day reign finally came to an end at the hands of Dragunov. No one, however, will soon forget the epic reign of The Ring General.

Flanked by his partner-in-crime Ludwig Kaiser, Gunther sent shock waves when he made his SmackDown debut on the April 8 edition of the blue brand in absolutely dominant fashion and sent a signal to the locker room that a new force to be reckoned with has emerged. Gunther made good on his moniker, The Ring General, by toppling Ricochet a mere three months after his SmackDown debut to win the Intercontinental Championship.