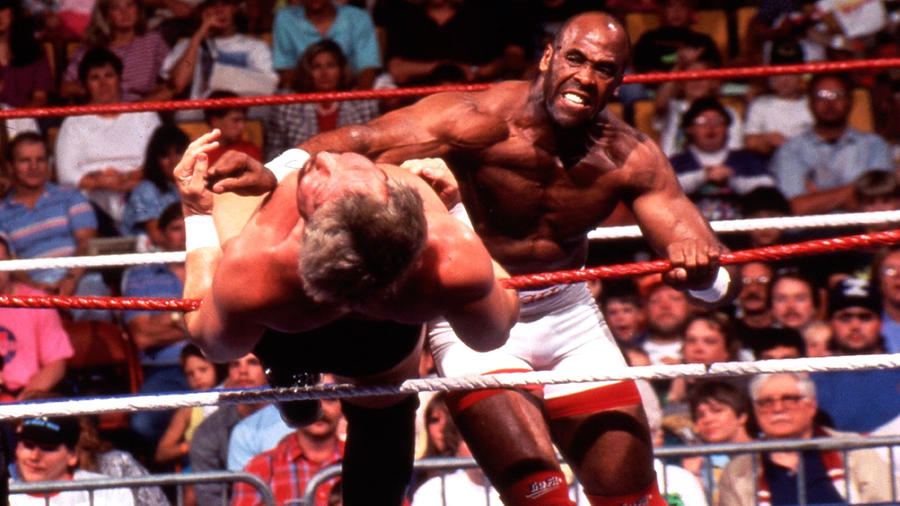 Whether you know him as Virgil, Vincent, Curly Bill or even by his given name, Mike Jones is one of sports-entertainment's most unforgettable Superstars.

Jones made his in-ring debut in 1987 in Tennessee, competing as "Soul Train" Jones. During that time, he teamed with the legendary Rocky Johnson to capture the AWA Southern Tag Team Championship, but his big break would follow later that year.

Jones came to WWE in late-1987 as a bodyguard for the The Million Dollar Man. Virgil stuck with the wealthy competitor as his silent enforcer for more than three years, often finding himself matched against some of WWE's greatest Superstars in an attempt to soften them up for his employer.

Finally, in 1991, Virgil got fed up with his boss’s abuse and turned against his partner, smashing him in the head with the Million Dollar Championship after a tag team victory at Royal Rumble. The rebellion instantly made Virgil one of WWE's most popular Superstars, and with additional training from "Rowdy" Roddy Piper, he began a quest to take the Million Dollar Title from DiBiase. Finally, at SummerSlam 1991 in Madison Square Garden, Virgil beat his former mentor to temporarily claim the gold. Virgil would remain a fixture in WWE until 1994, often teaming with other popular Superstars such as Tito Santana.

In 1996, Virgil resurfaced in WCW. Changing his name to Vincent, he joined the nWo, where he reprised his role as Ted DiBiase's hired muscle — officially titled "nWo Head of Security." He remained a part of the nWo throughout the late-1990s, and was one of its last members when the faction finally dissolved. He then once again reinvented himself as Curly Bill, joining the West Texas Rednecks for a spell until leaving WCW in 2000 and effectively retiring from sports-entertainment.

Whether he was loved or hated, Virgil was one of the most respected Superstars of the 1980s and 1990s, as he was always willing to put himself into battle to protect his interests.