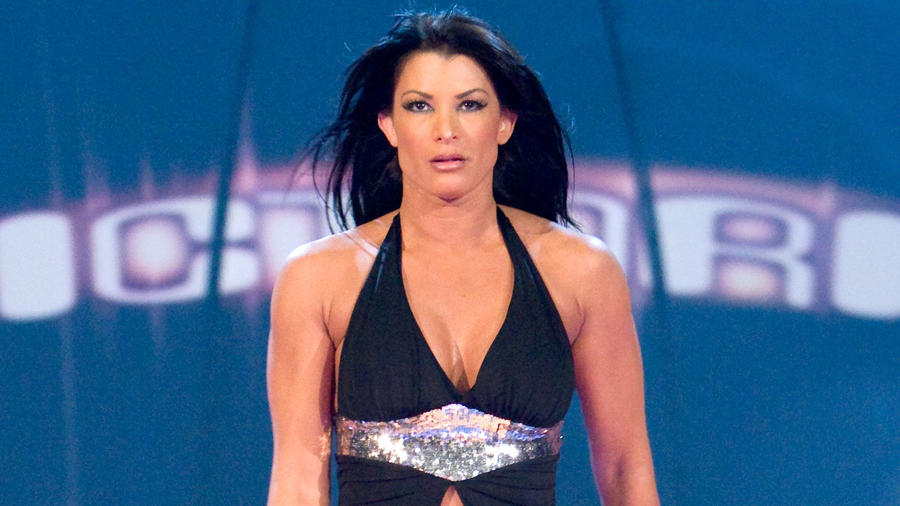 Victoria was not a lady to mess with. A two-time Women’s Champion who stomped icons like Trish Stratus and Lita in brutal Hardcore Matches, the powerful beauty broke ground in the Divas division, and left a trail of woe behind her.

Victoria debuted in July 2002 as an eager competitor against reigning Women’s Champion Trish Stratus on Sunday Night Heat, but the loss proved her much more demented. Victoria continued to target Stratus, claiming the champion double-crossed her during their respective fitness model days.

Her twisted mind games and sneak attacks grew worse into the fall, baiting Stratus into a Women’s Championship Hardcore Match at Survivor Series 2002. The raven-haired Diva brutalized Stratus in Madison Square Garden with chairs and a garbage can before finishing the champ off with a suplex to claim her first Women’s Title.

The sinister champion quickly found a partner-in-crime in Stevie Richards, and with her crazy beau by her side, the vixen redefined the Divas division from flashy to downright barbarous, retaining her title in dangerous Hardcore Matches and Street Fights.

Victoria’s most unforgettable match came from the luck of the Raw Roulette Wheel on Nov. 24, 2003, when she defeated Lita in the only Divas Steel Cage Match in WWE history. She rode the momentum to defeat Molly Holly, Lita and Jazz in February 2004 to win her second Women’s Championship, a reign that featured her shaving Holly’s hair at WrestleMania XX.

Although she briefly embraced her dancing side, the crazy resurfaced when Victoria’s attention turned to other Divas on the roster. The wicked competitor targeted Diva Search Winner Christy Hemme in spring 2005, even smashing a glass bottle over her head, before teaming with Torrie Wilson and Candice Michelle as Raw’s resident mean girls.

The powerful two-time Women’s Champion left a trail of pain while breaking barriers, be it with a trashcan in hardcore bouts or her devastating Widow’s Peak maneuver during a bikini contest. Victoria terrified the roster, but she pushed Divas wrestling from the cheese of dance-offs to the grittiness of no disqualification brawls in the process.