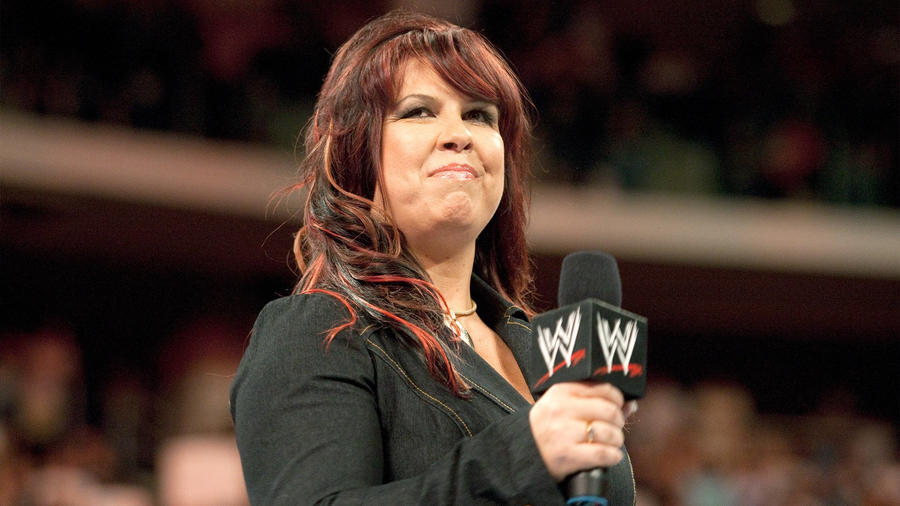 Sometimes, all it takes are two words to polarize an audience. In the case of Vickie Guerrero, those two words are, “Excuse me!” Barking the phrase out to a disinterested audience, Guerrero’s voice rises in pitch and intensity as a chorus of boos attempt to drown her out. This simple act makes her one of the most reviled managers in the history of WWE.

When the widow of WWE Hall of Famer Eddie Guerrero joined the company in 2007, it was as the assistant to SmackDown General Manager Teddy Long. Few would have imagined that beneath the exterior of this simple, winsome homemaker lurked a cunning animal whose multicolored nails would prove to be claws, hacking and slashing at the fabric of WWE.

Eventually, her devious tactics propelled Guerrero to the position of General Manager of both SmackDown and Raw. Enduring scandal after scandal, Vickie was known for romantically fraternizing with the pool of talent on the roster she governed, including Superstars like Edge, who took advantage of Guerrero’s power to propel themselves to World Titles.

After a brief hiatus from WWE in 2009, Vickie returned as the Official Consultant to SmackDown before devoting her services to Dolph Ziggler, who briefly held the World Heavyweight Title under her tutelage. Guerrero was later chosen to lead on Monday nights as Raw’s Managing Supervisor. Her decision-making led to her break-up with Ziggler and earned her the ire of The McMahon Family, whose conflicting opinions of Vickie led to a public job evaluation.

In addition to facing Mr. McMahon, Stephanie McMahon and Triple H, Guerrero’s job was also evaluated by the WWE Universe. In a poll conducted on the WWE App, 75 percent of the WWE Universe felt Guerrero was doing a bad job, which led to her firing.

After a total meltdown and a failed attempt at rallying the WWE Universe behind her, Vickie was surprisingly rehired as the General Manager of SmackDown by Mr. McMahon just weeks after her ouster on Raw.

Vickie has done The Authority’s bidding whenever asked in recent weeks, though she’s gotten herself into hot water once again. After Stephanie McMahon spewed a tainted iced coffee (and a little extra) on Guerrero, Vickie entered Roman Reigns into a WWE World Heavyweight Championship Ladder Match Qualifying Battle Royal against their orders.

With her job on the line the following week, Vickie Guerrero was forced to battle Stephanie McMahon herself in a bizarre encounter involving a tub filled with a brown, foul-smelling substance. When Stephanie won the match by tossing Vickie into the muck, she promptly fired the SmackDown General Manager. Vickie went out on a high note, however, when she threw an unsuspecting Stephanie right into the viscous mess!

Devious, shrewd and willing to use either her brains or her beauty to get what she wants, Vickie’s piercing proclamations and deceitful machinations made her the go-to target for the WWE Universe’s hatred and, ultimately, respect.