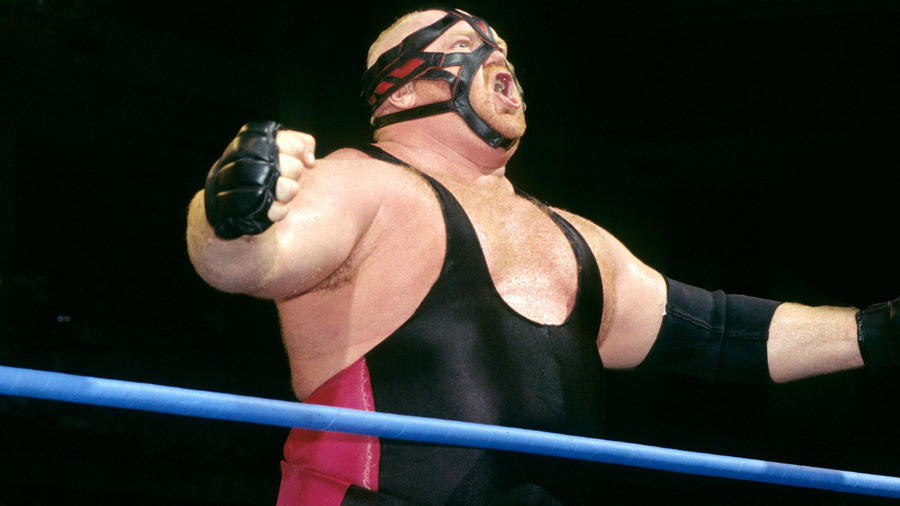 That fearsome call announced the arrival of the massive competitor known as Vader. Hailing from The Rocky Mountains, the 450-pounder first made a splash in the rings of Japan where he destroyed WWE Hall of Famer Antonio Inoki in a wildly controversial match. The Japanese fans were so distraught over seeing their hero dismantled by the gigantic Vader that a riot broke out in Tokyo's Sumo Hall. This pandemonium only further fueled Vader's aggression and a long line of competitors fell to his devastating maneuvers — particularly the bone crushing Vadersault.

The Mastodon continued to assert his dominance in Japan and eventually stomped his way through competitors all over Europe and Mexico. This path of destruction brought the giant to World Championship Wrestling in the early '90s where he would eventually become one of their biggest stars. With WWE Hall of Famer Harley Race in his corner, Vader battered WCW legends like Sting, Ric Flair and Cactus Jack and captured three World Heavyweight Championships during his time with the company.

In 1996, the powerhouse made his way to WWE where he debuted in that year's Royal Rumble Match. Immediately impactful, Vader teamed up with manager Jim Cornette and battled Shawn Michaels for the WWE Championship at SummerSlam that year. The Mastodon then linked up with Paul Bearer and locked horns with Undertaker, scoring a huge victory over The Deadman at Royal Rumble in 1997.

In the months that followed, Vader experienced less success in WWE and disappeared from the scene soon after. Still, the giant would always be remembered as one of the most brutal competitors to ever walk through the ropes.