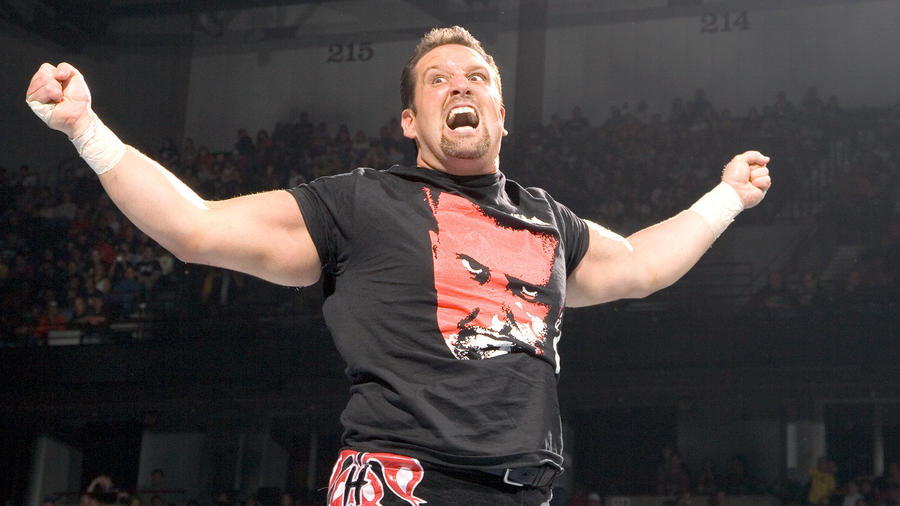 Tommy Dreamer was every bit as tough as all the other barbed wire scarred wrestlers in the ECW locker room, but what made the kid from Yonkers, N.Y., an icon of the renegade Philadelphia promotion wasn’t his tenacity — it was his loyalty.

An integral part of ECW both in the ring and behind the scenes up until the company’s 2001 demise, Dreamer was the only competitor who stayed faithful to Paul Heyman’s sports-entertainment madhouse through its most turbulent years. This distinction earned him the moniker of “The ECW Original” and the admiration of the Philly faithful, but The City of Brotherly Love wasn’t always so kind to Tommy Dreamer.

Starting out in ECW as a grinning good guy in sequined suspenders in ’92, the clean-cut do-gooder was relentlessly jeered by the harsh ECW Arena audiences who rejected his pretty boy image. It wasn’t until Tommy took a beating from the beer-swilling Sandman that he gained the fans’ respect. After losing to the extreme brawler in a Singapore Cane Match, Dreamer was forced to receive 10 brutal lashes on his back from Sandman’s kendo stick. It was a vicious sight, but instead of begging for mercy, Dreamer turned to his tormentor and said, “Please, sir, may I have another?” In that moment of defiance, a hardcore icon was born.

It was in this way that Dreamer carved out his reputation in ECW. The extreme innovator didn’t always win — in fact, more often than not, he lost — and even when he did triumph, things would quickly turn to tragedy. When Dreamer finally defeated lifelong rival Raven at Wrestlepalooza 1997, he was immediately attacked by Jerry Lawler and then rushed to the hospital after The King hit him in the crotch with a Singapore cane. The night he won the ECW Title from Tazz, he immediately lost the championship to Justin Credible before he even had a moment to hook the title around his waist. Still, Dreamer’s guts and never-say-die spirit made him a favorite of the ECW faithful.

Following ECW’s closure in 2001, Dreamer joined WWE as both a member of the WCW/ECW Invasion faction and a star of WWE’s 2006 ECW relaunch on the Syfy channel. The revitalization of the brand gave Tommy an opportunity to compete on The Grandest Stage of Them All at WrestleMania 23 and become the first man to hold the ECW Championship in both the original ECW and the WWE version when he defeated Jack Swagger for the title in ’09.

Dreamer wrestled his final ECW match on Dec. 29, 2009, when he fell to Zack Ryder in a bout where he would retire if he lost. After giving an emotional farewell speech, Dreamer exited from the spotlight, leaving behind a legacy as one of the most fearless Superstars to ever take it to the extreme.

The Heart & Soul of ECW returned to WWE in December 2015, joining fellow ECW alumni The Dudley Boyz and Rhyno to take on the monstrous Wyatt Family. Though Dreamer used his knowledge of hardcore weaponry to help his extreme bretheren even the odds, they were bested in an 8-Man Elimination Tables Match at WWE TLC.