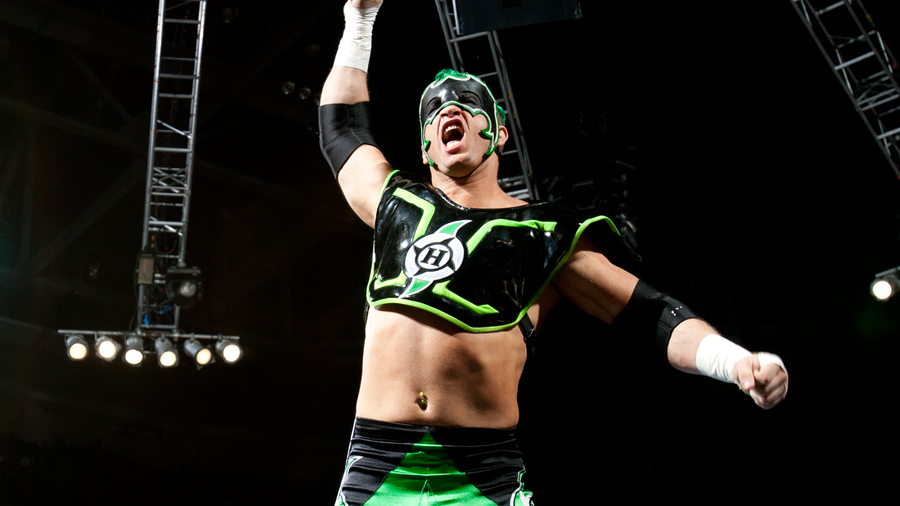 When the WWE Universe was threatened by evil, only one masked crusader had the strength, the power and the fortitude to defend it — The Hurricane!

After making his daring debut in 2001, this mysterious masked man assembled a list of titles so impressive you'd need super-strength to carry them all. Not only did The Hurricane hold the World Tag Team Titles with Kane, but he picked up the Cruiserweight, Hardcore and European Titles along the way.

The emerald-suited Superstar tangled with some of the biggest names in WWE, with his opponents often feeling the full force of a Category 5 Hurricane. Even legendary ring warriors such as The Rock have felt this superhero's righteous fury, as The Hurricane was once able to chokeslam The Most Electrifying Man in Sports-Entertainment (with a little help from "Stone Cold" Steve Austin).

Towards the end of his crime fighting days, The Hurricane swooped into The Land of the Extreme, where his true identity remained a well-guarded secret — though some of his opponents believed there to be a striking similarity between ECW's superhero and the show's resident reporter, Gregory Helms.

Whoever hid behind The Hurricane's mask, one thing was always for certain — those with evil intentions best stand back. There's a Hurricane coming through!