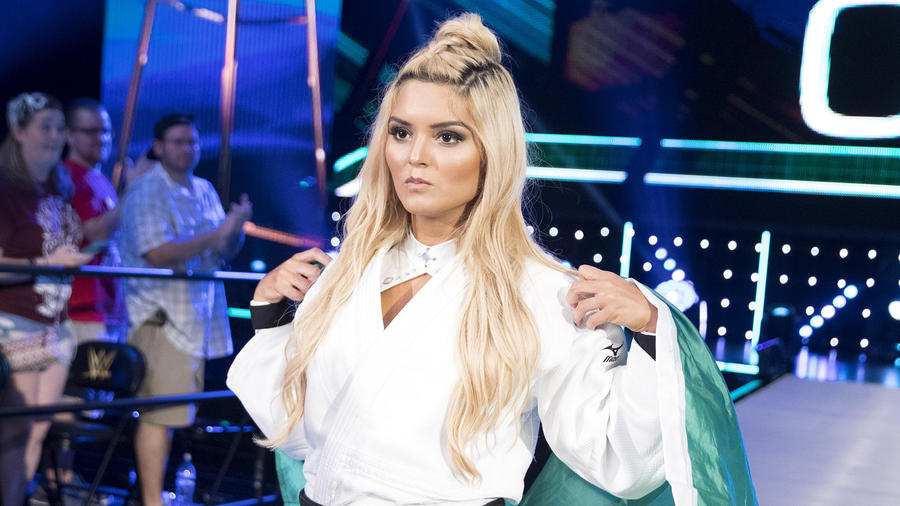 Taynara Conti might be relatively new to sports-entertainment, having joined WWE Performance Center in 2016, but her combat sport bona fides are no joke. With a black belt in judo and a blue belt in jiu-jitsu, Conti brings to the squared circle a joint-wrenching mat game that has already earned her medals in Brazil.

Conti made her WWE debut in the inaugural Mae Young Classic after her thunderous throws helped put her on the radar of WWE talent scouts. Despite getting eliminated from the groundbreaking women’s tournament, Conti wasted no time making an impact in NXT, debuting in November 2017. The journey for Taynara Conti might have only just begun, but the outlook is bright for this double-tough martial arts expert inside the ring.