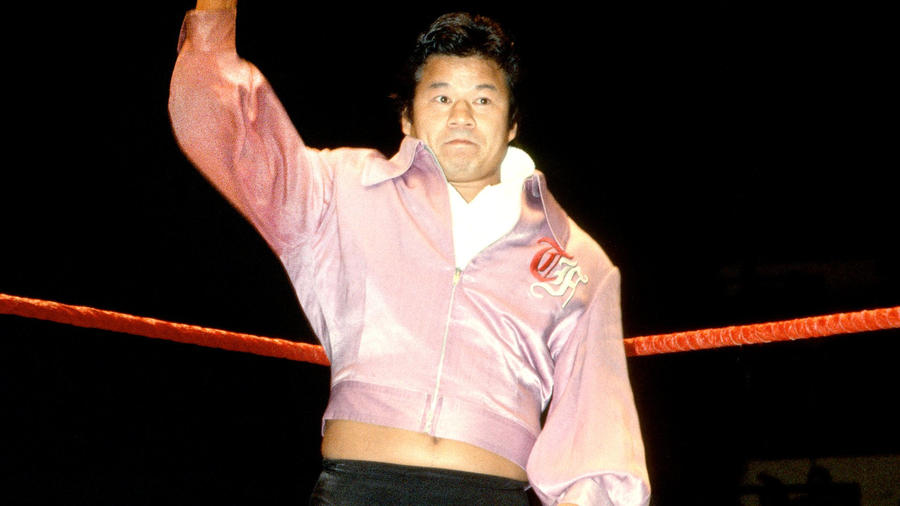 A master of the mat and holder of many championships around the world, Tatsumi Fujinami is a true ring legend.

Trained by fellow WWE Hall of Famer Antonio Inoki and nicknamed “The Dragon,” Fujinami was one of the most popular stars in the early days of New Japan Pro Wrestling in the early 1970s. Two holds he innovated, the Dragon Suplex and the Dragon Sleeper, are still used by grapplers to this day.

By the end of the decade, he was widely recognized as one of the best junior heavyweight wrestlers in the world. Fujinami soon began to travel outside of his homeland, making a name for himself in Mexico, Canada and the United States.

In America, Fujinami’s mat prowess earned him the respect of the WWE Universe. After capturing the WWE Junior Heavyweight Championship in the hallowed Madison Square Garden in 1978, he defended it in the U.S. and Japan, making it one of the most prestigious titles for smaller wrestlers. “The Dragon” also held the WWE International Championship during his time in the states.

Fujinami soon moved up to heavyweight and found the same success. He defeated the monstrous Vader to capture the coveted IWGP Heavyweight Championship, his first of six reigns. Soon, foreign wrestlers traveled to Japan to face the revered champion. Ric Flair ventured there in March 1991 to put his NWA World Championship against Fujinami’s IWGP Title. Fujinami shocked the world when he defeated Flair and kept the NWA Title in Japan.

A decorated and respected competitor in Japan and abroad, Tatsumi Fujinami took his rightful place in history, as he was inducted into the WWE Hall of Fame on the night before WrestleMania 31.