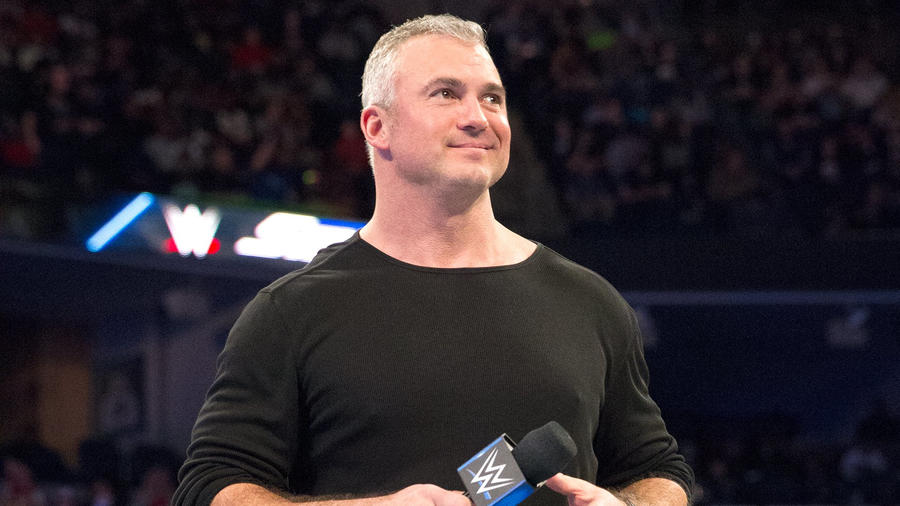 Born with sports-entertainment in his blood, Shane McMahon thrilled the WWE Universe with his daredevil decisions both in and out of the ring.

The only son of WWE Chairman Mr. McMahon, Shane grew up in sports-entertainment, learning the ins and outs of the business while holding various positions, including referee and announcer. In fact, Shane was the play-by-play man on the debut edition of Sunday Night Heat in 1999.

It wasn’t until the younger McMahon stepped out from behind the microphone that the WWE Universe saw how similar to his father he was, yet different in many ways. There’s no doubt that Shane McMahon inherited his father’s entrepreneurial spirit. However, he put a modern twist on it. He eschewed a suit and tie for a more casual look, not unlike contemporary moguls like Mark Cuban. His flamboyant, cocky attitude could be both endearing and irritating.

Perhaps Shane’s crowning moment as a businessman came on March 26, 2001. His father believed he had purchased long-time rival WCW, ending the "Monday Night War" that raged throughout the 1990s. However, Mr. McMahon’s desire to embarrass his former competition gave Shane the opportunity of a lifetime. While his father showboated over his supposed conquest, Shane shocked the world when he appeared in person at the final Monday Nitro to announce that the name on the purchase papers did say McMahon — Shane McMahon.

Shane’s devil-may-care attitude carried over from the boardroom into the ring. Most heirs to a billion-dollar company wouldn’t dare risk life and limb in-between the ropes. Shane-O-Mac went above and beyond the call of duty. He surprised the WWE Universe with his athletic ability and willingness to climb, literally, to new heights and take a leap of faith, crashing onto his opponents below. During his in-ring career, McMahon toppled the gigantic Big Show, stood toe-to-toe with Olympic gold medalist Kurt Angle and even defeated his father in a brutal Street Fight at WrestleMania X-Seven.

Though he left WWE to pursue other opportunities in 2010, Shane McMahon’s time with the organization remains a testament to the tenacity and fearlessness of sports-entertainment’s first family.