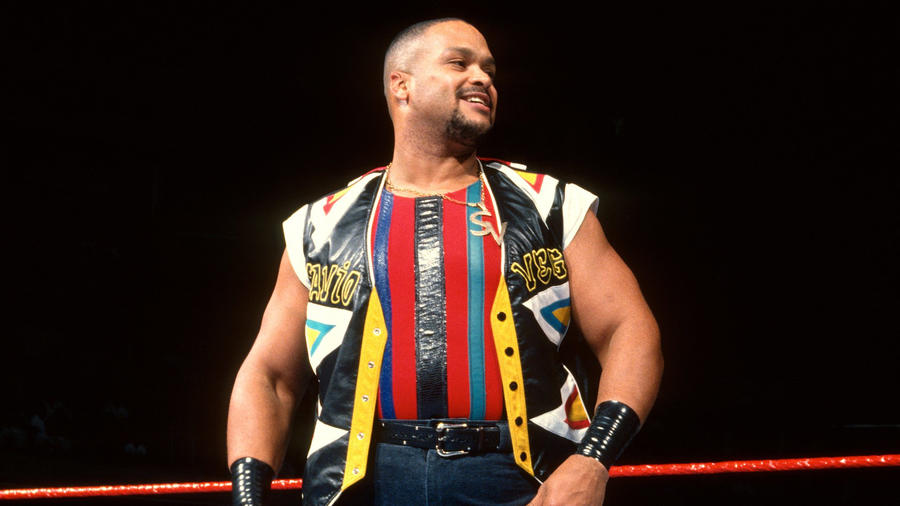 Before Savio Vega broke out as one of the most unexpected heroes of WWE’s “New Generation,” he was a star in the tumultuous world of Puerto Rican professional wrestling where fans knew him best as TNT. It was an appropriate nickname. With a serious martial arts background and a hardnosed brawling style, Vega’s two-fisted assaults were more dangerous than mixing nitro and glycerin.

Fighting his way out of the red plasma splattered rings of San Juan in 1995, Vega first appeared in WWE at the inaugural In Your House pay-per-view where he rescued Razor Ramon from an attack by Jeff Jarrett and The Roadie. The tough Puerto Rican and the macho Miami native immediately formed a strong bond, but Vega proved his worth as a solo competitor when he went to the finals of that year’s King of the Ring before falling to the massive Mabel.

The Caribbean brawler — with his barrel chest and his leather vest emblazoned with the Puerto Rican flag — began to make a name for himself at the same time that future WWE icons like “Stone Cold” Steve Austin, The Rock and Triple H were first emerging. By '97, Vega had defeated all three of these Superstars — giving both Austin and Rock their first WWE losses in the process — proving just how effective he was in his prime.

Rivalries with Austin and Goldust defined Vega’s early WWE tenure, but it was his Attitude Era allegiance with a group of street toughs known as Los Boricuas that defined his WWE legacy. After first joining up with Faarooq and his controversial Nation of Domination, Vega formed his own stable made up of Puerto Rican performers Miguel Perez, Jose Estrada, Jr. and Jesús Castillo.

Clad in matching tank tops, sunglasses and straw fedoras, Vega and his gangsters waged war against the divisive factions that terrorized WWE at the time — namely The Nation and a group of oversized, bearded bikers known as The Disciples of the Apocalypse. All-out brawls between the three mobs became routine on Raw before the groups quietly faded from WWE.

Vega fought on as a singles competitor for a brief period of time — including an impressive beating of the bodybuilder Brakkus in the infamous full contact Brawl for All tournament — before parting ways with WWE in ’98. He returned to the rowdy rings of Puerto Rico from there where he continues to battle today as one of the nation's biggest stars.