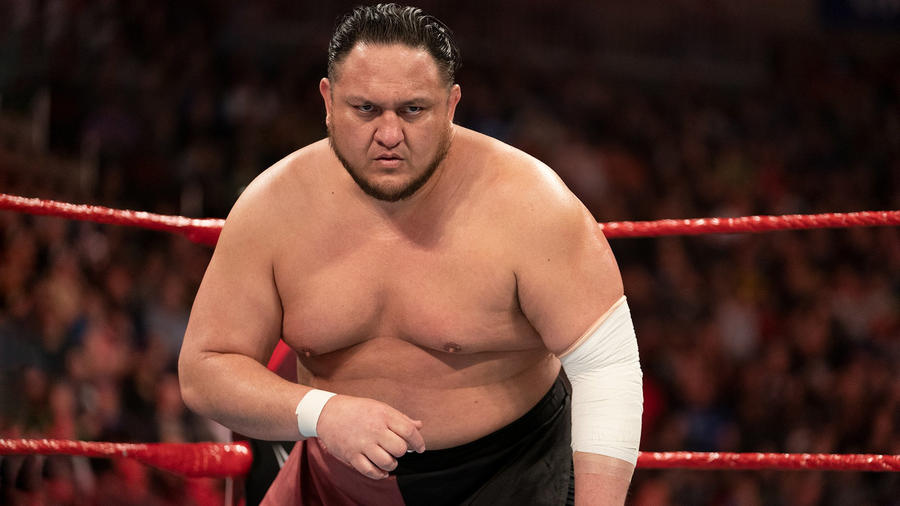 Samoa Joe, one of the hardest-hitting grapplers in the sports-entertainment game, has arrived in NXT, leaving the WWE Universe to wonder what he has in store for the Superstars of Tomorrow.

Joe is a world-traveled veteran of the mat game, having made a name for himself in America’s top independent promotions, as well as Japan and Europe. Though he’s never stepped foot in a WWE ring until now, Samoa Joe has crossed paths with the likes of John Cena, Daniel Bryan, Seth Rollins, Kevin Owens and Sami Zayn throughout his storied career.

He is a true hybrid wrestler, mixing devastating kicks with submission holds that can catch an opponent out of nowhere, leaving them with no choice but to tap out. This offense, unique for a near 300-pounder, led to him racking up championships wherever he went and holding onto them for a long, long time.

Samoa Joe shocked the WWE Universe when he appeared at NXT TakeOver: Unstoppable, putting a stop to Kevin Owens’ vicious attack on Sami Zayn. After making his in-ring debut in impressive fashion several weeks later, Joe was granted a non-title match against the NXT Champion. Though Joe got his hands on Owens, the carnage created by the two brawlers could not be contained by the ring, the referee or security, with their battle ending in a no contest. Afterward, a furious Joe’s demand for his next battle with Owens was simple: “Let me fight!”

In recent weeks, Joe has turned his attention towardsanother hard-hitting NXT Superstar: Baron Corbin. When The Lone Wolf demanded competition, Samoa Joe stepped up and put Corbin to sleep with the Coquina Clutch. The two bruisers faced off at NXT TakeOver: Brooklyn and Joe emerged victorious, locking in a Coquina Clutch that rendered Corbin unconscious.

For years, the thought of Samoa Joe entering a WWE ring seemed to be relegated to the imaginations fantasy matchmakers worldwide. Now, the dream is finally reality, and for the NXT roster, stepping in the ring with Samoa Joe is going to be a wake-up call to the realities of the ring game.