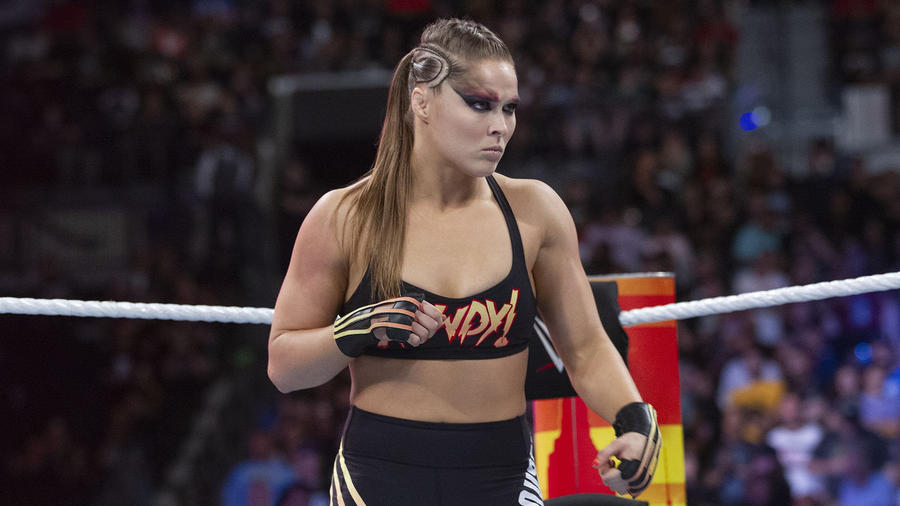 There have been Superstars who tried fighting and fighters who tried their hand at being Superstars. But there is only one Ronda Rousey.

This record-setting modern legend has blazed a trail through mixed-martial arts, beginning with a bronze medal showing in judo during the 2008 Beijing Summer Olympics and, most notably, continuing with a record-setting tear through UFC as the first female competitor to ever sign with the company. Given her status as the Strikeforce Women’s Bantamweight Champion before that promotion was absorbed by the UFC, Rousey was named the first-ever UFC Women’s Bantamweight Champion upon her arrival.

Dubbing herself “Rowdy” Ronda Rousey with the blessing of the late Roddy Piper, she embarked on a ruthless undefeated streak that saw her submit opponents within a matter of seconds via her signature armbar. And she caught the sports-entertainment bug along the way, sharing the ring with The Rock and The Authority at WrestleMania 31. Ever since, rumors of a crossover to WWE persisted at almost every turn, though it seemed a dream pairing that was destined to remain just that … until Royal Rumble 2018, when Rousey arrived wearing Piper’s unmistakable leather jacket.

She then officially entered WWE in explosive fashion, sending COO Triple H crashing through a table and nearly getting into a scuffle with Stephanie McMahon before signing her Raw contract, and making it clear, in no uncertain terms, why she is “The Baddest Woman on the Planet.”