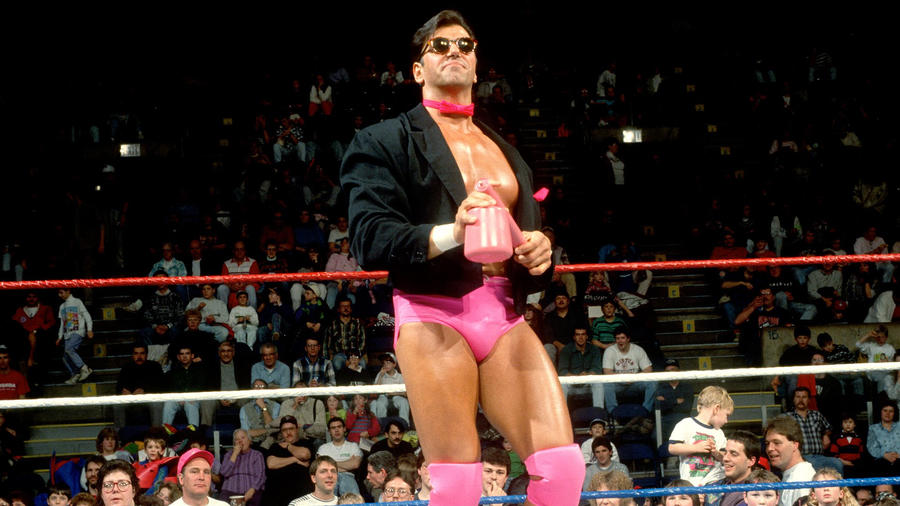 Few Superstars have ever had their essence, the detail of what makes them a Superstar, distilled into a cologne. Rick “The Model” Martel did. He carried the noxious substance around with him in an atomizer, ready to spray it in the face of any Superstar, leaving them with stinging eyes and a knowledge of what made Martel successful in the ring and on the runway: Arrogance.

After tiring of being one-half of pretty boy tag teams like The Can-Am Connection and Strike Force, Martel turned his back on partner Tito Santana at WrestleMania V, venturing out on his own in singles competition. Long viewed as one of WWE’s best looking competitors, the native of Cocoa Beach, Fla. embraced his good looks and entered the world of modeling. “The Model” quickly became in demand with designers in Paris and New York, a fact that Martel was quick to rub in the face of the WWE Universe, pinning an oversized button that read “Yes. I am a model.” to his trendy sport coat.

In the ring, the former AWA Champion was a gifted competitor, combining impressive technical skill with a willingness to do anything to get the win. However, Martel’s “Arrogance” came back to bite him. After blinding Jake “The Snake” Roberts with the cologne, Martel got a whiff of his own medicine when officials blindfolded both Superstars at WrestleMania VII to even the playing field. “The Snake” used his reptilian senses to navigate the darkness and get retribution on “The Model” with a DDT.

Thankfully, Martel still had his good looks intact after the vicious match with Roberts. However, his position as the most handsome Superstar in WWE would soon be threatened by a young upstart. The Heartbreak Kid, Shawn Michaels, and “The Model” were soon battling over who was better looking — and the affections of Sensational Sherri.

Not wanting either Superstar to ruin their looks, Sherri made the two agree that during their clash at SummerSlam 1992, neither could strike each other in the face. That stipulation didn’t hold up, leading Sherri to faint at ringside.

Though Martel’s WWE career was winding down by the end of 1992, he still remained a thorn in the side of his fellow competitors. In an effort to stay hip with the latest trends, “The Model” attacked Tatanka and stole his sacred eagle feathers and pinned them to his beret, claiming they were the latest trend in Paris.

After making it to the finals of an Intercontinental Championship tournament in 1993 and coming up short, Martel left WWE for WCW before heading back to the catwalk for good.