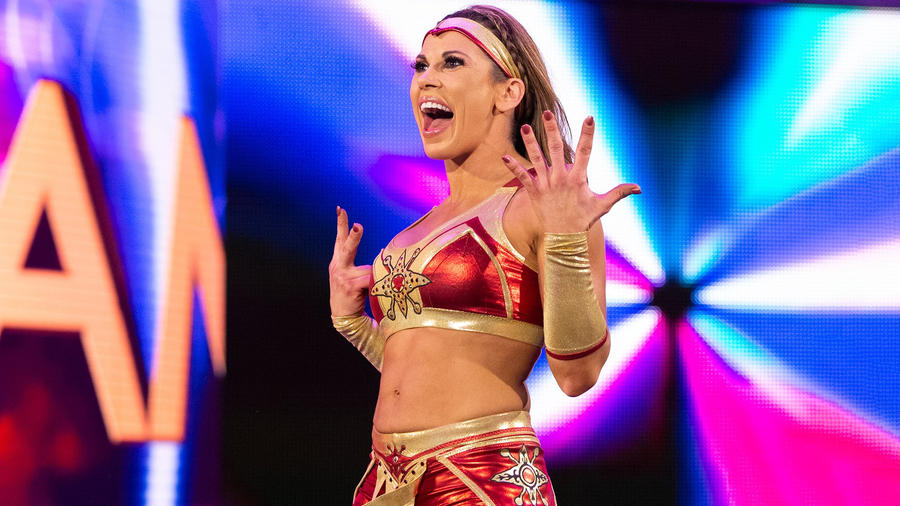 Here’s to the crazy ones. Over the course of a brief but memorable WWE career, Mickie James underwent a stunning transformation from psychotic fanatic to one of the most beloved female competitors ever to step inside the squared circle. Mickie might have been a peppy, energetic sweetheart, but she was also as dangerous in the ring as any that came before her.

A lifelong Virginian, James spent years honing her craft with a goal of becoming one of the greatest Divas in history. When she debuted in 2005, Trish Stratus was that benchmark and Mickie’s idolization with the Canadian beauty was clear from the get go. But that respect and adulation soon turned dangerously obsessive.

As Mickie’s antics became increasingly bizarre, it was unclear whether she wanted to be a Trish Stratus fan or if she wanted to be Trish Stratus. She dressed like her idol, used the Toronto native’s signature maneuvers, dyed her hair to match Trish’s blond shade and even lurked in the WWE Hall of Famer’s personal locker room. After Stratus rejected Mickie’s behavior, the two finally met at WrestleMania 22, where the rookie won her first of five Women’s Championships.

Mickie’s actions were certainly unorthodox, but her talent was obvious. Even as a despised villain during her battles with Stratus, James began to pick up steam as a fan favorite. By the time Trish departed WWE, Mickie had established herself as one of the alpha females. Only the devilish veteran Lita posed a significant threat to the dynamic James. At Survivor Series 2006, Mickie defeated the moonsaulting Diva for her second Women’s Championship in a match where Lita was forced to retire.

The athletic master of a ring-pounding Implant DDT, Mickie’s popularity began to soar. Her rise coincided with that of another dominant Diva, Beth Phoenix, who engaged in a heated rivalry with James that lasted the duration of both competitors’ WWE careers. Their animosity reached a boiling point during an edition of Raw emanating from London in 2008, where Mickie defeated The Glamazon to win her fourth Women’s Championship. The following year she was victorious in a match against Maryse where she became the second competitor to have held both the Women’s and Divas Championships.

After defeating WWE’s entire roster of Divas, including Gail Kim, Alicia Fox and Layla, Mickie became entangled in a controversial rivalry with the British Diva’s Team LayCool cohort, Michelle McCool. James experienced tremendous cruelty at the hands of the simply “flawless” champion, but gained retribution when she finally defeated McCool at Royal Rumble 2010.

Over the ensuing months, the tough Virginian competed in several rematches with LayCool, even joining forces with former rival Beth Phoenix. Mickie departed WWE soon after WrestleMania XXVI. By then it was clear that she was far from crazy, but we were crazy about her.