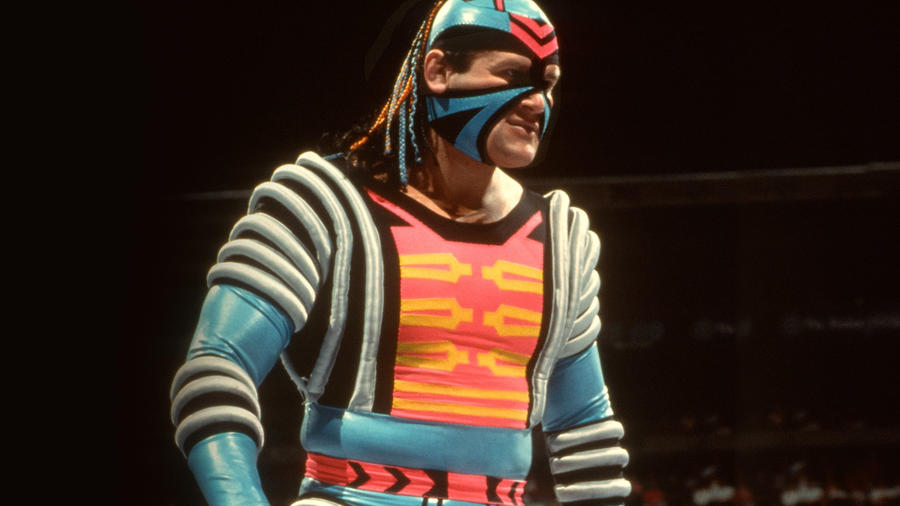 A long time ago in a galaxy known as the WWE Universe, an intergalactic grappler named Max Moon arrived.

The only Superstar ever billed from “Outer Space,” Moon made his first WWE appearance on “Wrestling Challenge” under the name The Comet Kid.

Entering to the digital thump of techno music with an elaborate jetpack on his back that propelled him from the arena floor to the ring apron, the cosmic Superstar baffled journeyman wrestler Duane Gill with his frantic tumbling. He may have looked like a background player from the sci-fi movie “Tron,” but his unconventional style and tireless agility made WWE fans take notice.

Soon adopting the more familiar moniker of Max Moon, the space traveler battled foes like The Repo Man and Rick “The Model” Martel on WWE programming throughout 1992. A taciturn sort, the blue-suited Superstar never talked about his journeys across space and time, but the colorful pyro he shot out of cannons affixed to his arms spoke of advanced technologies earthlings had yet to discover.

Max seemed poised to become a shining star in the sports-entertainment sky as he challenged Shawn Michaels for the Intercontinental Championship on the inaugural episode of Raw. Unfortunately, the Superstar from the cosmos came up short against HBK and disappeared into a blackhole of WWE obscurity soon after.

Did the spaceman return to his home planet? Or did he go on to compete in some other galaxy? Nobody knows for sure, but one thing is certain — that jetpack was pretty sweet.