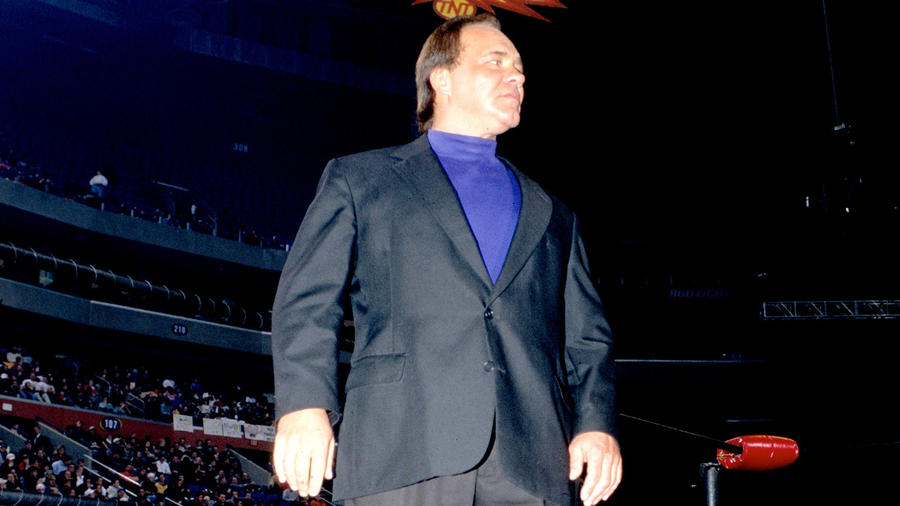 Though he initially dubbed himself The Living Legend to get under the skin of his mentor, Larry Zbyszko has proven over the years that he is more than worthy of the moniker.

Breaking into the wrestling world under the tutelage of WWE Hall of Famer and fellow Pittsburgh native Bruno Sammartino, Zbyszko showed incredible promise, even capturing the World Tag Team Titles alongside Tony Garea. Zbyszko longed to break out of his legendary trainer’s shadow, however, eventually challenging Sammartino to a match.

The student vs. teacher showdown started out as a fair wrestling match. When Sammartino began to gain the upper hand, though, a frustrated Zbyszko resorted to dirty tactics. He stunned the world when he grabbed a chair and battered Sammartino, instantly becoming one of the most reviled villains in WWE. Zbyszko’s rivalry with his teacher came to a head at Shea Stadium inside a steel cage, where Sammartino walked away victorious.

Zbyszko soon left WWE, making a name for himself in the AWA and Jim Crockett Promotions. The Living Legend knew how to rile his opponents and crowds up, taking as much time as he needed on arena floors before engaging in battle. His deceptive tactics led to him capturing many titles along the way, including the NWA Western States Championship and two reigns as AWA World Champion.

He jumped to WCW in 1990 and joined forces with Arn Anderson. The duo known as The Enforcers quickly won a tournament for the WCW Tag Team Titles before wreaking havoc. Before joining up with Paul Heyman’s Dangerous Alliance, Zbyszko picked up another nickname, “The Cruncher,” after a vicious attack that broke Barry Windham’s arm.

Zbyszko retired from the ring in 1992 and joined WCW’s broadcast team. He brought a unique insight to commentary, often comparing wrestling to a “game of human chess.” Though he enjoyed being behind the microphone, The Living Legend wasn’t afraid to step between the ropes when provoked. Zbyszko came out of retirement in 1994 and defeated William Regal to capture the WCW Television Title. And when The New World Order invaded WCW, Zbyszko stepped up to defend it, and WCW Monday Nitro, by defeating Eric Bischoff at Starrcade 1997.

Now, Zbyszko has cemented his reputation as a Living Legend in sports-entertainment with his induction into the WWE Hall of Fame.