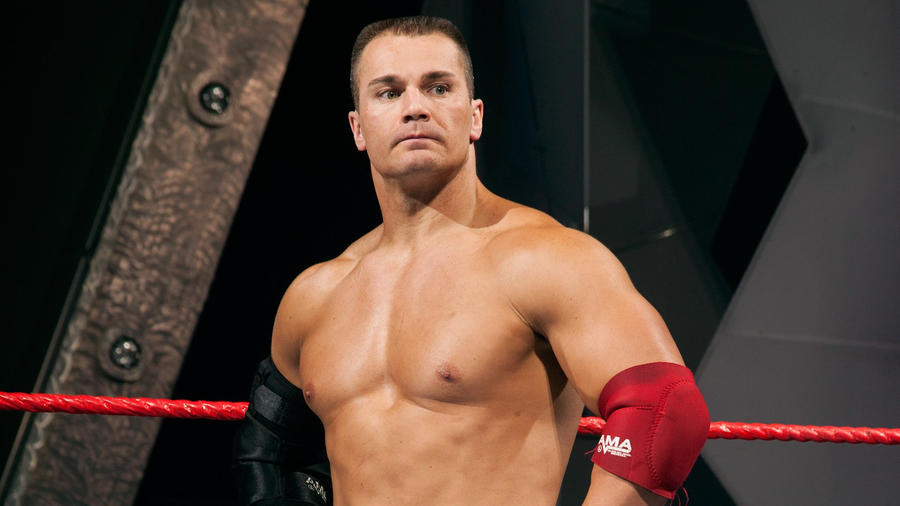 "Stone Cold" Steve Austin thought he was "boring," but there was nothing dull about the skills of the man from Calgary … ALBERTA, CANADA.

Sure, one of Shawn Michaels' trademarks is his double-bicep pose in the ring. But let's be honest -- especially you ECW fans -- wasn't Lance Storm's pose as a member of the Impact Players better? And only Storm could make a single leg Boston Crab pretty with the roll-through version he called the Canadian Maple Leaf.

It's not surprising that Storm was so graceful and technically sound in the ring. He was one of many technicians trained by Stu Hart in the famous -- or infamous -- Hart Dungeon. Storm made his debut against another Dungeon alumnus, Chris Jericho, in 1990, and shortly thereafter, the two became partners in a team called Sudden Impact. The team turned heads on the Canadian independent wrestling scene and toured Japan until parting ways in 1992. From there, Storm wrestled all over the world, from the Orient to Germany to Lebanon and Austria, making a name for himself while becoming versed in different styles of mat prowess. He briefly reunited with Jericho under a new tag team name (The Thrill Seekers) when he wrestled for the Tennessee-based Smokey Mountain Wrestling. But then he returned to Japan to perform for Wrestling Association "R" (WAR).

At this point, Storm was a wrestling vagabond. His experience was extensive, but he was still unknown to most U.S. fans. That would change when Storm heard these letters for the first time: E-C-W.

Lance Storm first made an impression on U.S. fans, particularly the hardcore wrestling fans in Philadelphia, when he won the ECW Tag Team Championship with Chris Candido from Doug Furnas & Phil Lafon. But Storm really made an impact as a member of the Impact Players along with partner (and former protégé) Justin Credible. Accompanied by both Jason and Dawn Marie, the Impact Players were one of the most dominant units in ECW history, winning two ECW Tag Team Championships and waging memorable wars against Tommy Dreamer, Raven, Jerry Lynn, Sandman and Sabu, among others. Incredibly, Storm never held singles gold in ECW. But after entering WCW in 2000, no singles champion was safe.

Storm arguably had the most successful run of his career in WCW, winning the United States Championship, the Cruiserweight Championship and WCW's version of the Hardcore Championship. At one point, he held those championships simultaneously and made a run at the WCW World Championship, but Booker T (known today as King Booker) turned back his challenge. Storm formed a faction, Team Canada, and had a rivalry with Gen. Rection's Misfits in Action for several months before WCW folded in 2001.

Afterward, Storm brought his expertise to WWE. Though his WWE career was not as distinguished as runs in ECW and WCW, Storm won the World Tag Team Championship four times with three different partners (Christian, William Regal and Chief Morley, aka Val Venis) and the Intercontinental Championship.

Storm retired from a full-time wrestling schedule in 2004 and since then, he has helped train some of WWE's greatest Superstars. As a trainer in WWE's developmental system in Louisville, Ky., he helped Melina, Johnny Nitro, Mr. Kennedy, Jillian Hall, Bobby Lashley, Mickie James and Kenny Dykstra, among others. Storm returned to WWE programming for ECW One Night Stand in 2005 to face Chris Jericho and one of the biggest roars of that night came when he reunited with his former Impact Players partner Credible. Storm has since opened his own wrestling school, Storm Wrestling Academy and occasionally still competes on the independent circuit.

Storm boring? Hardly. Even in semi-retirement, he continues to be an Impact Player. Just look at some of WWE's greatest stars today and those yet to come, perhaps from Storm's academy. In his own way, Dungeon alumnus Storm is carrying on the legacy of Stu Hart while forging his own.