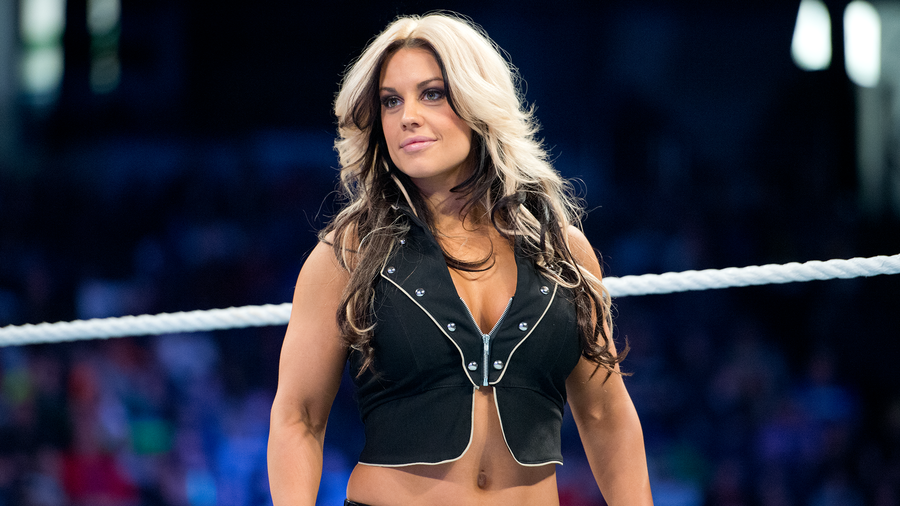 When Kaitlyn told the WWE NXT audience she was the kind of gal who’d kiss you behind the bleachers and then give you a wedgie, she wasn’t kidding.

Prior to her debut in WWE, the beautiful and spunky Diva spent years in competitive fitness and bodybuilding, resulting in a strong sense of confidence that she brings with her every time she steps into the squared circle. Of course, the guidance of her WWE Pro Vickie Guerrero didn’t hurt Kaitlyn’s odds in season three of WWE NXT, in which she rose above the pack to win the only all-female competition.

Kaitlyn then lit up cameras and bust up Divas on SmackDown, where she previously aligned with her “bestie” AJ. As “The Chickbusters,” the two gal pals sought to cut a swath through the SmackDown Divas division and enjoyed the ride of a lifetime together. Although their friendship became fractured with AJ’s unstable outbursts, Kaitlyn focused on her goal of becoming Divas Champion. She made it one step closer after winning a Battle Royal on Raw to become the No. 1 contender.

Prior to her Divas Championship bout with Layla at Night of Champions, however, Kaitlyn was attacked in the locker room area by a mystery blonde assailant and was rendered unable to compete that night. As Kaitlyn was being tended to by WWE medical personnel, SmackDown General Manager Booker T’s assistant Eve informed the injured Diva that her title opportunity would be postponed to a later date. On the 20th anniversary of Raw, Kaitlyn finally dethroned Eve with a hard-hitting spear to capture the Divas Championship in her hometown of Houston.

The beautiful Diva soon began receiving gifts from a secret admirer. Curious as to who was chasing her affections, Kaitlyn was publically humiliated on Raw when it was revealed that it was her former friend AJ who orchestrated the whole thing. The Divas Champion was then defeated for the title by AJ at WWE Payback, crushing Kaitlyn’s spirit and further adding to her mounting emotional trauma. A personal rivalry followed as AJ mocked Kaitlyn’s physical appearance in an effort to mentally break her down. Although shaken, Kaitlyn looked primed going into her Divas Title opportunity against her former friend at Money in the Bank, but a vulnerable elbow ultimately led to her demise.

At SummerSlam, the duo of Kaitlyn & Dolph Ziggler defeated AJ & Big E Langston, but matters seem to be far from resolved between the two intense competitors.

After a hiatus from action following SummerSlam, Kaitlyn made a  surprise appearance during WWE App coverage of the Sept. 23 edition of Raw. The powerhouse Diva talked about her time off and weighed in on recent events involved her former friend, AJ Lee. In another WWE App interview, the powerhouse Diva revealed she got her inspiration for the spear from Goldberg.

Then, in her first match in nearly two months, Kaitlyn came up short in match against Tamina Snuka on WWE Superstars in early October and again at Survivor Series in a match that pitted the "Total Divas" cast members against Divas not featured on the reality show. Kaitlyn was impressive, though, eliminating both Eva Marie and Naomi from the contest. The following night on Raw, Team "Total Divas" def. Team 'True Divas' in a rematch.

As of Jan. 8, Kaitlyn is no longer under contract with WWE.