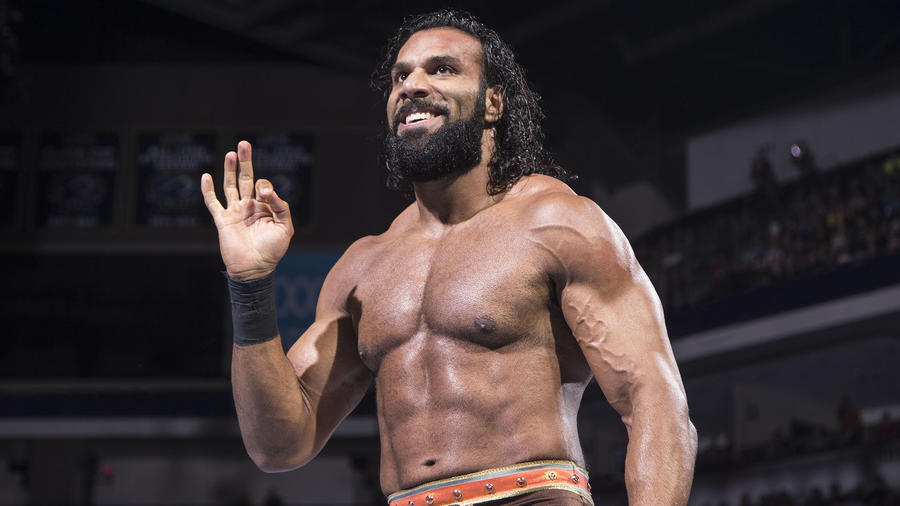 Birthed into Indian royalty, Jinder Mahal is accustomed to having only the finest things in life, and that extends from his well-tailored suits to the ornate, lavishly decorated sherwani he wears to the ring. But beneath the posh robes and suits lies a man who is actually a ruthless and physical competitor in the ring.

Mahal revealed himself to be a master manipulator in his first days in WWE, convincing The Great Khali to turn on his own brother, Ranjin Singh, and join the vocal villain to form a new power duo destined to dominate. Backed by the 7-foot former World Heavyweight Champion, Mahal made good use of his fierce full-nelson slam to rack up an impressive winning streak.

Following a fallout with the towering Punjabi powerhouse, Mahal set out on his own, driven to distinguish himself from the other young Superstars on the Friday night roster. One surprising way that he looked to do that was by initiating an intense showdown with the fierce Ryback.

Then, the self-professed “Maharaja” and Drew McIntyre suddenly attacked Brodus Clay during his match against Heath Slater. This lit the fuse on an explosive series of 3-on-1 onslaughts by the treacherous trio in the coming weeks on various targets. Mahal, McIntyre and Slater soon revealed themselves to the world as 3MB, WWE's resident rock band.

The rockers meddled in each others' matches and annoyed their fellow Superstars with their antics. Though 3MB never captured championships, Mahal and his bandmates made their mark in WWE, even if they had to pester their way to it.