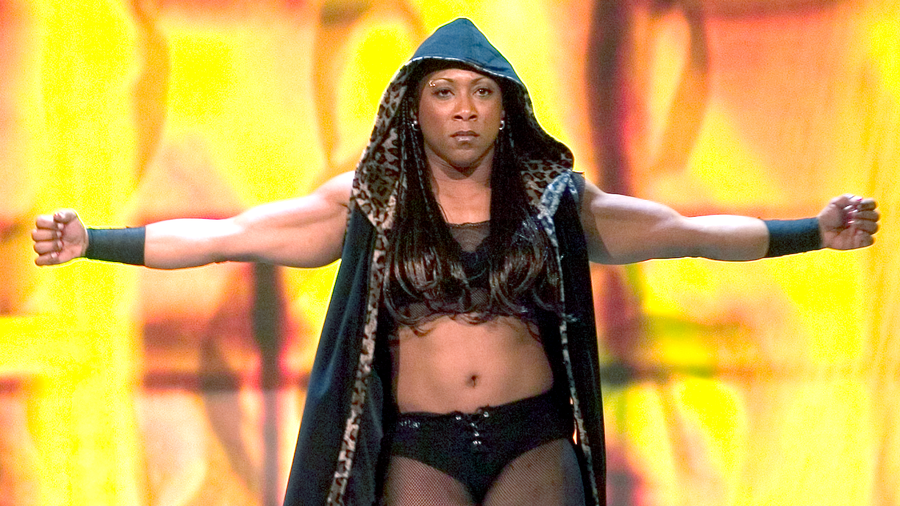 One of the most physically imposing female performers of all time, Jazz began her career in the original ECW as the muscle for the team of Justin Credible & Lance Storm. A fiery competitor, Jazz wasn't afraid to mix it up with men and even defeated former ECW TV Champion Jason at the promotion's Heat Wave event in 1999.

After the demise of ECW, Jazz signed with WWE and immediately set her sights on Women's Champion Trish Stratus. The two battled in some of the most grueling matches the women's division had ever witnessed, including a rarely seen Divas Hardcore Match and Triple Threat Match at WrestleMania XIX. During this time, Jazz defeated Trish for the Women's Title on two separate occasions.

When Jazz's husband, Rodney Mack, joined WWE in 2004, she became his manager before leaving the company that same year.

Jazz would return to WWE two years later with the relaunch of ECW in 2006. As aggressive as ever, Jazz took on some of WWE's top Divas, including Mickie James, but failed to reclaim the championship glory she'd experienced years before.

The powerful Diva would part ways with WWE again in 2007, but remains involved in sports-entertainment. As the head trainer of her own wrestling school, the former Women's Champion passes on her unique knowledge of the mat to the next generation of Superstars and Divas.