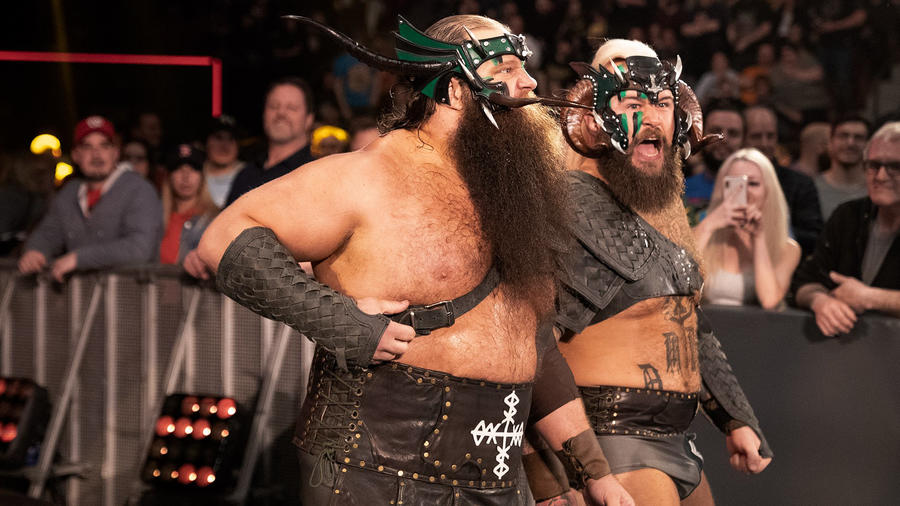 The Viking Experience, Ivar & Erik, have one objective in mind: World domination.

For years, The Viking Experience used brute force to capture tag team titles wherever they went, from the U.K. to Japan. Looking to devour new competition, Ivar & Erik turned their attention to the NXT Tag Team scene in early 2018. Their impact was felt immediately, as The Viking Experience arrived by surprise to unleash a barrage on two of the black-and-yellow brand’s top tandems, Heavy Machinery and Riddick Moss & Tino Sabbatelli, less than one week after NXT TakeOver: New Orleans.

Ivar & Erik, whose gruff exteriors would look right at home beyond the wall in “Game of Thrones,” have made smash-mouth collisions their stock in trade. Yet, Ivar, a protégé of WWE Hall of Famer Killer Kowalski, is also deceptively agile for a man of his size. Every bit as athletic as he is ferocious, the 300-pounder has been known to come crashing down on opponents from the top rope.

Now that The Viking Experience are roaming, all other tag teams had better beware.