The Isle of Tonga 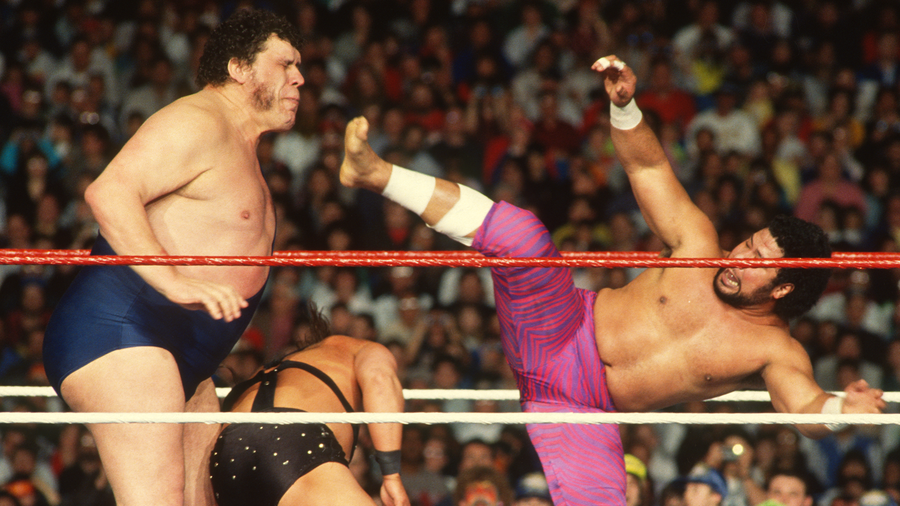 Few names throughout WWE history have been more closely associated with intimidation and toughness than Haku. Hailing from the island of Tonga in the South Pacific, his unbridled intensity and brutal tactics made him a fearsome force in both WWE and WCW in the 1980s and ’90s.

Haku began his competitive training at age 10, moving to Japan to learn the art of sumo before transitioning into professional wrestling. After competing in the Pacific, he moved to Canada and began to build his reputation battling ring legends such as Dino Bravo and The Road Warriors.

In 1986, Haku joined WWE under the name King Tonga. During his first year as a WWE Superstar, the monstrous competitor quickly made a name for himself when he body slammed Big John Studd. Establishing himself as a formidable singles competitor, Haku soon joined forces with Tama as The Islanders. Managed by the incomparable Bobby “The Brain” Heenan, The Islanders were a fearsome duo that had a hard-hitting rivalry with The British Bulldogs.

Following an injury to King Harley Race, the Tonga-native claimed Race’s throne and returned to singles competition under the moniker “King Haku.” Upon Race’s return, Haku solidified his monarchy by defeating the WWE Hall of Famer. Although he lost the throne to “Hacksaw” Jim Duggan, Haku’s alliance with Andre the Giant — known as The Colossal Connection — earned them the WWE Tag Team Championships from Demolition. However, a memorable rematch at WrestleMania VI marked the end of the dominant pairing as Haku accidentally struck his partner, ultimately costing them the match. After a short-lived tag team with The Barbarian, Haku left WWE and moved to Atlanta and Ted Turner’s WCW.

The former WWE Tag Team Champion joined WCW as Meng — a mysterious and powerful bodyguard for Col. Rob Parker. But his reputation preceded him and underneath the sunglasses and suit was the monstrous Tongan brawler ready to be unleashed. Ditching the sport coat, Haku was embroiled in bitter rivalries with WCW’s top competitors including Sting and Road Warrior Hawk. Eventually reuniting with The Barbarian as The Faces of Fear, the duo joined The Dungeon of Doom and The Alliance to End Hulkamania.

During the late 1990s, Haku enjoyed a winning streak that earned him an opportunity against undefeated WCW Champion Goldberg. Although Haku lost the bout, he continued to maintain his status as a tough competitor, eventually winning the WCW Hardcore Championship. Relinquishing the title, Haku returned to WWE one week later during the 2001 Royal Rumble Match. After a short tenure, the WWE locker room breathed a collective sigh of relief when the monstrous Superstar retired.

Haku was one of the most respected and feared competitors in and out of the ring, establishing his incomparable reputation during sports-entertainment’s most revolutionary period in both WWE and WCW.