Hatched from a giant egg at Survivor Series in 1990 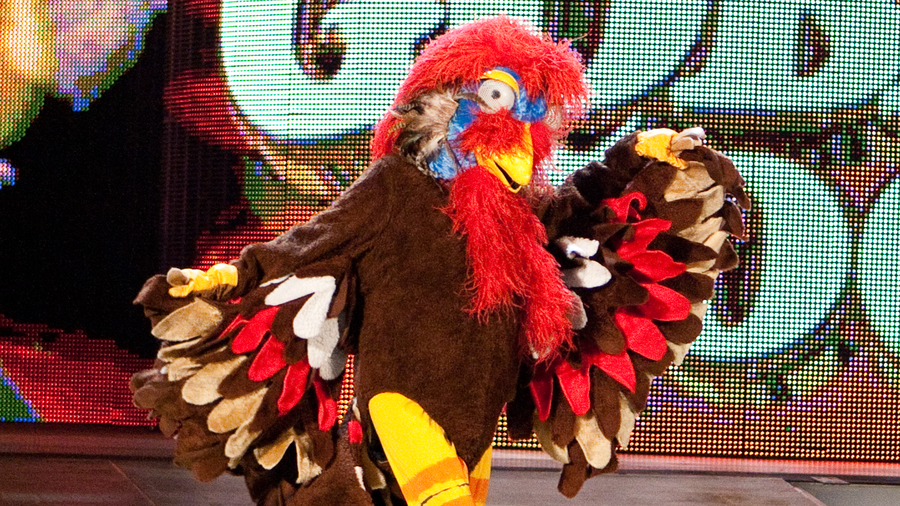 In the autumn of 1990, World Wrestling Entertainment literally laid an egg.

In the weeks leading up to that year's Survivor Series, a giant shell began appearing at WWE events all across the country. What was inside this prehistoric-sized egg was a complete mystery to everyone in the WWE Universe, but speculation still ran rampant. Was it a famous World Champion waiting to make his WWE debut? Could it be the first grappling dinosaur in sports-entertainment history?

All these questions were answered at Survivor Series on Nov. 22 when the egg finally cracked. With the trustworthy "Mean" Gene Okerlund standing by, the shell broken open and one of the most disappointing personas in WWE history made its first appearance. Known as The Gobbledy Gooker, this 6-foot turkey was greeted by a chorus of boos from the disappointed crowd of 16,000 fans in the Hartford Civic Center. Instead of a returning Superstar or a beautiful woman, the fans got a walking Thanksgiving dinner.

Ironically making its WWE debut on the very same night as the legendary Undertaker, the birdbrain proceeded to gobble incoherently at a visibly underwhelmed Okerlund before shaking its tail feather in an embarrassing dance routine that lasted an endless five minutes. The only thing that could be heard over The Gooker's pratfalls was the sound of the entire WWE Universe retreating to the concession stands.

Although The Gobbledy Gooker's debut was an unmitigated disaster, the turkey continued to make sporadic appearances on WWE television for the next several months. The bird eventually flew the coop, but made a surprising return at 2001's WrestleMania X-Seven in the memorable Gimmick Battle Royal. Like an Ed Wood movie, The Gooker was such a terrible persona that it eventually endeared itself to the WWE Universe and the big bird received a rousing ovation at the event.

Since then, the feathered fellow has made a few scattered appearances in WWE, but the person under the mask has always been a surprise. At Survivor Series in 2008, the terrifying Boogeyman dressed up in the bird costume in order to scare Carlito & Primo. And on the Nov. 23 edition of Raw in 2009, Maryse made a shocking return to the ring dressed as The Gobbledy Gooker in order to sneak attack Melina. The assault may have been underhanded, but a turkey never looked so good.