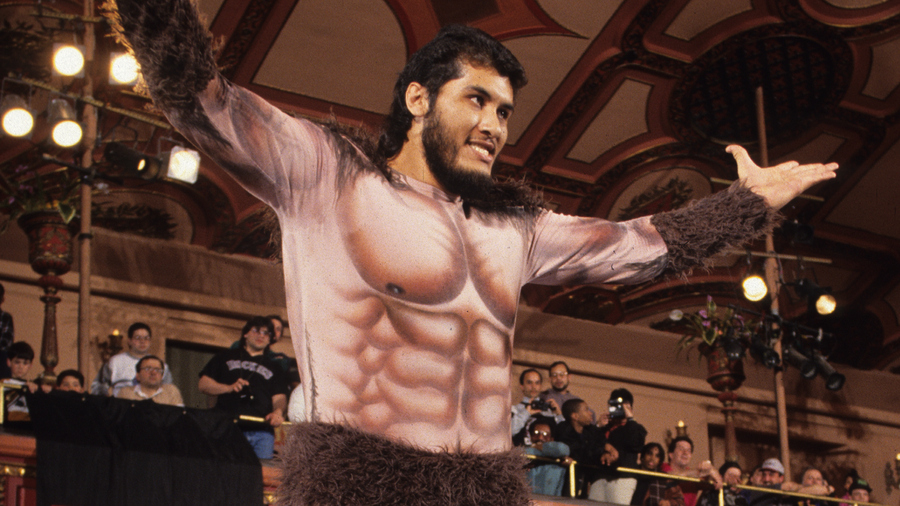 No Superstar in sports-entertainment history was as immense as Giant Gonzales. Not The Great Khali. Not Big Show. Not even the legendary Andre the Giant. All men stood in the shadow of the 8-foot monster from the wilds of Argentina.

First introduced to wrestling fans at WCW’s Capital Combat event in 1990, the former professional basketball player was lured to WCW by media magnate Ted Turner after being drafted by the Atlanta Hawks. Billed as El Gigante (Spanish for “The Giant”), the young competitor received an enormous amount of support from WCW executives who believed they discovered the second coming of Andre the Giant. The plodding big man wasn’t exactly “The Eighth Wonder of the World,” but his alliance with Sting and his battles against hated villains like Sid Vicious and Ric Flair made him a popular attraction with WCW fans.

In 1993, the Argentinean competitor joined WWE where he made an unforgettable debut in that year’s Royal Rumble Match. Although not officially a participant in the over-the-top-rope brawl, the giant made a startling appearance in the middle of the bout, lurching to the ring in a bizarre fur body suit that made him look like a shaved Wookie. Strange appearances aside, the 8-foot brute immediately targeted The Undertaker and savaged The Deadman in a way few Superstars have ever done.

Now known as Giant Gonzales, the tallest Superstar in WWE history challenged The Demon from the Death Valley at WrestleMania IX and nearly stopped The Undertaker’s legendary “Streak” before it even started. Although he failed to defeat The Deadman, Gonzales went on to make mincemeat out of a series of overmatched opponents, oftentimes handling three Superstars at once.

With pipsqueak manager Harvey Wippleman guiding his career, the wild giant continued to battle The Undertaker in arenas across the country for months before the two titans faced off for the final time at SummerSlam 1993. Billed as a Rest in Peace Match, the no rules brawl saw Gonzales push The Deadman to his limit before Undertaker finally defeated one of his most imposing rivals with a flying clothesline from the top rope.

Giant Gonzales left WWE soon after SummerSlam 1993 and competed in New Japan Pro Wrestling before retiring to a farm in Argentina. The real life giant struggled with complications stemming from his immense size for the remainder of his life before passing away in September 2010. Although he died too young at age 44, Gonzales made his mark as an unforgettable sports-entertainment attraction.