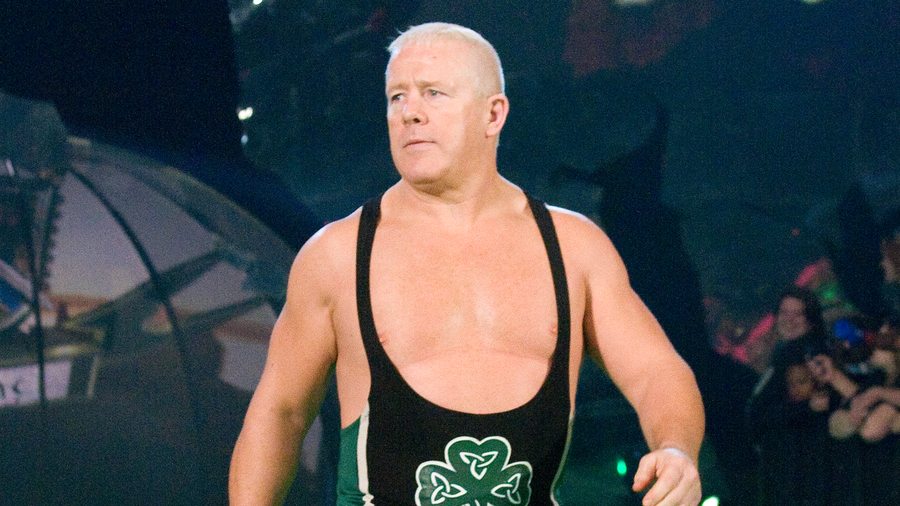 His name is Finlay, and he loves to fight.

That was the tough-as-nails Northern Irishman’s mantra throughout his sports-entertainment career. After demolishing opponents across Europe for 20 years, Fit Finlay first invaded the United States in 1996, blindsiding Lord Steven Regal on WCW Saturday Night and declaring that he was out for revenge for 400 years of oppression against his people by the British. That ignited a brutal rivalry that saw them scuffle in arenas throughout the country and even in a vicious Parking Lot Brawl that is remembered to this day.

Finlay found his first piece of championship gold in 1998, defeating Booker T to capture the WCW Television Title. From there, he wreaked havoc in WCW’s hardcore division, relentlessly clubbing his opponents with assorted weaponry on his way to victory. Finlay even won the only match ever to take place in a junkyard.

After WCW closed its doors in 2001, Finlay returned to his homeland, disappearing from the wrestling scene for several years. Perhaps it was an Irish pub fight that inspired him to return to the ring in 2005. This time, he didn’t need any weapons. All he came armed with were his fists. Finlay joined the SmackDown roster and immediately put every Superstar on notice as he brutalized his opposition to the point where officials had no choice but to disqualify him.

When he was able to control his Irish temper, Finlay was a formidable competitor, capturing the United States Title. With his trusty shillelagh within reach, and his son Hornswoggle hiding under the ring ready to scurry in and distract his opposition, Finlay had the luck of the Irish on his side, as well. Whether he was backing up King Booker or navigating The Land of The Extreme, ECW, Finlay was ready to scrap with anyone and everyone.

Though Finlay left active competition in 2010, there’s always a chance that the surly Superstar will get the itch to put up his dukes and start brawling with any and all comers.