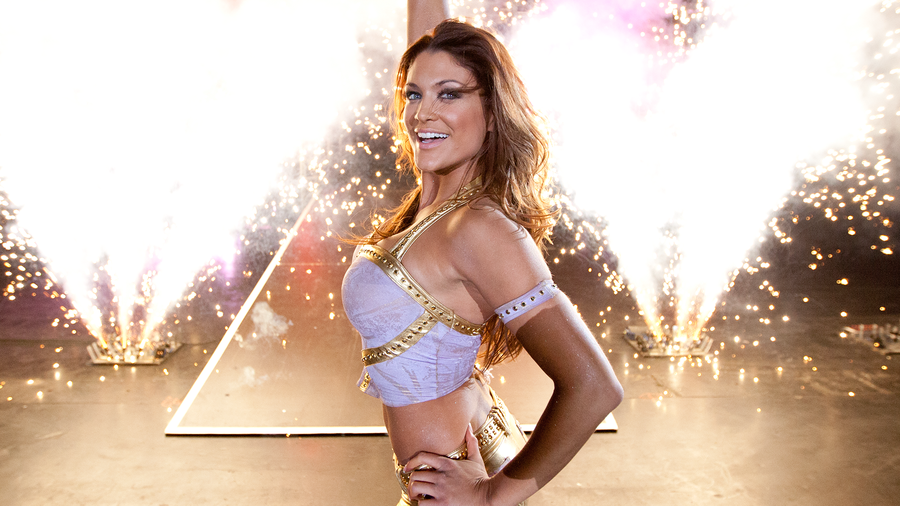 It’s not often you find a WWE Diva who has both trained at the Gracie Jiu-Jitsu Academy and earned a degree in industrial and systems engineering. Beauty, brains and ability? Eve had it all.

With her blend of versatile fighting skills and ring intelligence, Eve rose to the top of the division in a short time after winning the 2007 Diva Search. In 2010, she made history by becoming the first Diva Search winner to capture the Divas Championship when she shocked Maryse with a crafty reversal into an impressive bridge pin. Yep, all that flexibility training paid off.

As a former dancer for the Los Angeles Clippers Spirit Dance Team, Eve was no stranger to the adrenaline of performing for thousands of onlookers. That background made her a natural to be featured on some of WWE’s largest pay-per-views like WrestleMania XXVI, Survivor Series 2011 and Royal Rumble 2011, where she triumphed in a Fatal 4-Way Match to claim her second Divas Championship.

Eve was willing to use more than just her athletic abilities to get ahead. She showed this side when she admitted to toying with Zack Ryder’s heart to get her arms around John Cena in the early part of 2012. The ploy revealed the Diva to be more conniving than WWE fans ever imagined, but it also proved that nothing would stop her from getting what she wants.

After briefly filling the role of executive administrator to John Laurinaitis when Big Johnny stepped into the position of General Manager of Raw and SmackDown, Eve reasserted herself as WWE’s dominant female by defeating Layla for the Divas Title at Night of Champions. The beautiful competitor would rule the division until the 20th anniversary of Raw on Jan. 14, 2013. On that night, Eve lost her title to Kaitlyn, and then quit WWE in an emotional rage.