The Stump Puller; The Whoopie Cushion 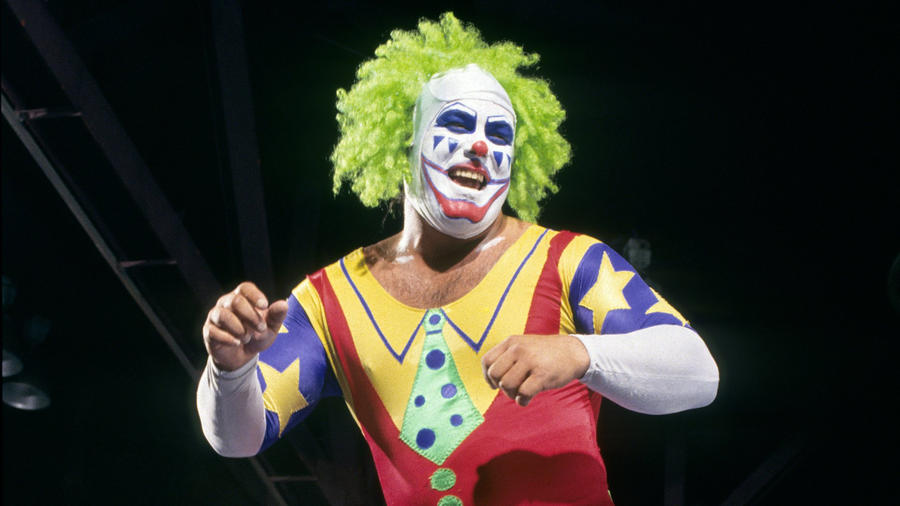 Once the circus music started, WWE fans instantly knew that Doink the Clown was on his way to the ring.

When Doink first burst upon the WWE scene, his jokes were more malicious. He would squirt children with trick flowers and delight in making little tykes cry. The evil clown astonished WWE viewers by attacking opponents with prosthetic clown limbs. The gleam in his eyes and his grin could not hide the twisted monster that lurked behind the clown makeup and costume.

And Doink showed that he was no joke in the ring. He displayed an in-ring acumen that surprised his opponents. Doink loved to torture early rivals Randy Savage, Bret Hart and especially Crush. In many ways, Crush was never the same after his WrestleMania IX encounter, when he was attacked by not one, but two Doinks!

After earning the wrath of a wicked Jerry Lawler following his inability to defeat The "Hit Man," Doink showed a kinder, gentler side. He started taking delight in making children smile. With a miniature version of himself named Dink by his side, Doink targeted some of WWE's most notorious villains. In the years that followed, the duo provided some of WWE's most memorable moments. Who could forget Doink and Dink (along with Wink and Pink) taking on Lawler and his team of miniature kings — Queazy, Cheezy and Sleazy — at Survivor Series in 1994? Or the jesters battling Bam Bam Bigelow & Luna Vachon at WrestleMania X?

The joker still occasionally tumbles into WWE rings. He competed at WrestleMania X-Seven in a Gimmick Battle Royal and teamed with Kane and Eugene against Umaga, Viscera & Kevin Thorn in perhaps the weirdest tag match in WWE history.