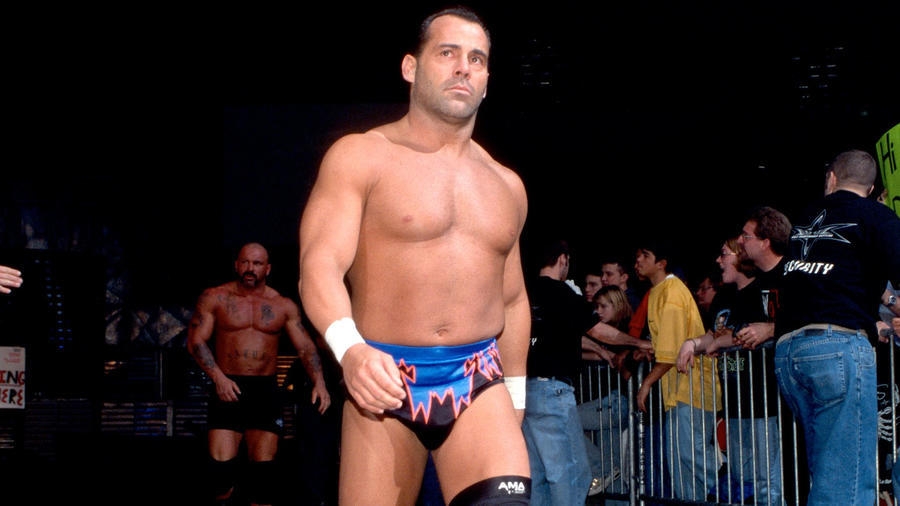 Known as The Iceman for his cold and calculating demeanor, Dean Malenko is considered by many to be one of the most technically gifted grapplers to ever enter the squared circle.

Malenko's exceptional talents are unsurprising when considering his background. Son of storied grappler Professor Boris Malenko, The Iceman grew up around wrestling rings and learned the mat game from his talented father. As a teenager, he refereed matches in the Tampa, Fla. area and studied the techniques of numerous competitors.

In the early '90s, the young technician began to compete throughout Japan and Mexico before making his first big splash in the rough-and-tumble rings of Extreme Championship Wrestling. Then known as The Shooter, Malenko wowed the die-hard Philadelphia crowd with his amazing matwork and his classic matches with the likes of 2 Cold Scorpio and Eddie Guerrero. Capturing the promotion's Television and Tag Team Championships, the gifted performer soon caught the attention of World Championship Wrestling and was signed to a contract in 1995.

Malenko quickly found success in WCW, capturing the WCW Cruiserweight Championship in May of 1996. In the years that followed, The Iceman had many thrilling matches over the coveted title with amazingly gifted competitors like Rey Mysterio, Chris Jericho and Ultimo Dragon. The submission expert would also cross paths with his old rival, Eddie Guerrero, in WCW, defeating him for the WCW United States Championship in 1997. Malenko's uncanny ability to work fluidly with the top rank of international opponents would earn him yet another nickname — The Man of 1,000 Holds.

Towards the end of his run with WCW, Malenko became a key member of two factions — The Four Horsemen and The Revolution — but he would make his biggest impact as a part of The Radicalz. This group, consisting of disgruntled WCW stars like Guerrero and Perry Saturn, invaded WWE in the winter of 2000. Capturing the Light Heavyweight Championship in March of that year, Malenko would have major success in this division for the remainer of his time with WWE, holding the title for nearly a year.

In the months that followed, The Iceman engaged in rivlaries with Guerrero and The Hardy Boyz before retiring from the ring in 2001. Upon leaving the ring, the multi-time champion was hired as a producer by WWE so that he could lend his extensive knowledge of the mat game to future generations.