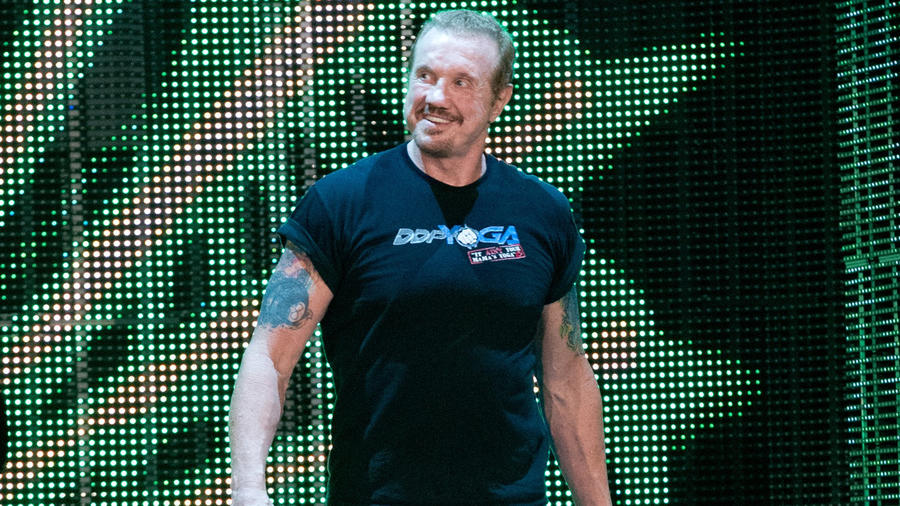 Starting his career as a manager in the American Wrestling Association in the late '80s, Diamond Dallas Page made his first WWE appearance in 1990 when he drove The Honky Tonk Man and Greg Valentine to the ring in a pink Cadillac at WrestleMania VI.

This would be DDP's last stint with WWE for over a decade, however, as he joined World Championship Wrestling as the manager of the legendary Fabulous Freebirds in 1991. Quickly, the talented talker built a larger stable known as The Diamond Mine, which included Big Daddy Dink, The Diamond Dolls and The Diamond Studd. That same year, at the age of 35, Page began to compete in the ring, experiencing little success at first.

In 1994, Page left managing behind completely and began wrestling full time. With a newfound focus, the New Jersey-native started to chalk up victories thanks to his Diamond Cutter finishing maneuver and won the WCW Television Championship from Renegade at Fall Brawl in 1995. Page's talent and popularity continued to grow, hitting its peak in 1997 when he stood up to the despised New World Order, a villainous faction led by Hulk Hogan that was looking to take down WCW. Now one of the most beloved figures in WCW, DDP battled the NWO week in and week out to big ratings and packed houses.

By 1998, WCW's Monday Nitro was among the most-watched shows on cable and Page was one of its biggest stars. This newfound celebrity gave DDP the opportunity to compete in some unique, high-profile matches, including teaming with NBA legend Karl Malone and talk show host Jay Leno on separate occasions. Page's success in the ring also continued as he won the United States Championship, WCW World Tag Team Championship and WCW World Heavyweight Championship over the next few years.

Page continued to be a major player in WCW up until the company was purchased by Mr. McMahon in 2001. That same year, DDP debuted in WWE and attempted to make an immediate impact by setting his sights on The Undertaker. While his determination can be appreciated, the former WCW Champion's plan to take out The Deadman did not go well as he was defeated by The Demon from Death Valley on multiple occasions.

The following year, Page changed his tune and adopted the persona of a motivational speaker. With the catchphrase, 'That's not a bad thing, that's a good thing,' DDP's irritatingly positive attitude drew the ire of the WWE Universe. It also drew him some success as he defeated Christian for the European Championship in 2002.

In 2009, Diamond Dallas Page was feature in WWE.com's Where Are They Now? section, which you can read here.

Diamond Dallas Page made a surprise return at Royal Rumble 2015 to the delight of the WWE Universe. DDP proved he could still compete by executing a number of Diamond Cutters before being eliminated by Rusev.