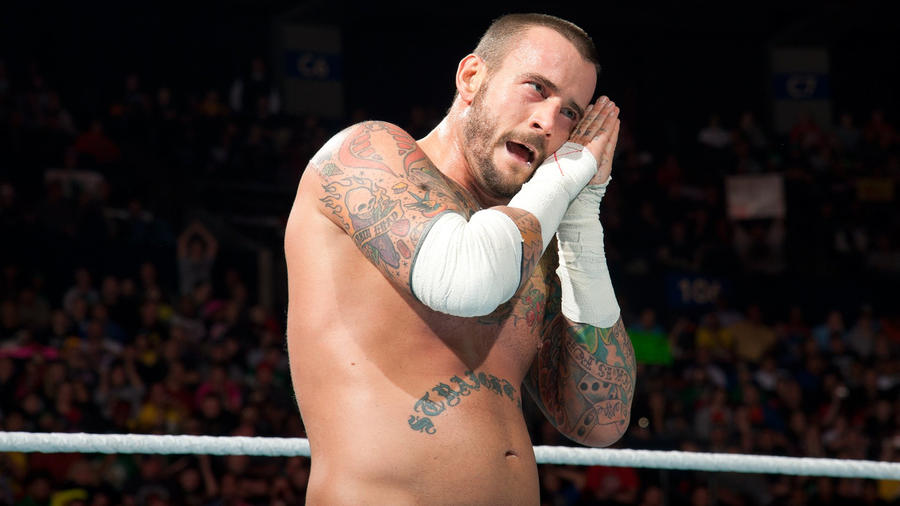 It’s not surprising that CM Punk cites the radical “Rowdy” Roddy Piper as a childhood influence. After all, Punk is the embodiment of the anti-establishment, whose skill at igniting verbal “pipe bombs” is rivaled only by “Hot Rod” himself.

Punk even looks the part of rebel with his too-numerous-to-count tattoos and body piercings. Yet, he waxes way more philosophical than his exterior might suggest, and has shown a diverse set of interests that include ghost hunting, G.I. Joe and the “Straight Edge” movement, a subculture that rejects the use of drugs, alcohol and a dependency lifestyle.

His in-ring repertoire is an assimilation of fighting styles, all of which were put on full display during his debut in The Land of the Extreme in 2006. Punk then added many accomplishments to his considerable résumé, including the ECW, WWE, World Heavyweight, World Tag Team and Intercontinental Championships.

Punk would become one of the most celebrated WWE Superstars of all time — and did so in spite of the events of 2011, when he assailed Mr. McMahon with his blunt opinions about the business and made a bold promise not to renew his contract with the company. Punk’s criticism struck a nerve with The Chairman who, against his better judgment, granted The Second City Saint a WWE Championship Match at WWE Money in the Bank in the Superstar’s native city, Chicago. Punk not only beat John Cena to win that match, but he also absconded with the WWE Championship as the seconds on his WWE contract ticked down.

Punk agreed to re-sign with WWE weeks later, compelled to return to the ring to prove that he’s the undisputed “Best in the World.” The Voice of the Voiceless advocated on behalf of disenchanted WWE fans who felt the WWE product was in need of a good (roundhouse) kick in the teeth. He became two-time WWE Champion, proving his mettle by defeating the likes of Chris Jericho, Alberto Del Rio, Daniel Bryan and other elite Superstars.

As Punk’s WWE Title reign continued to climb, so did his contempt for those who failed to show him the proper level of “respect.” Proclaiming himself a “Paul Heyman Guy,” Punk aligned with the innovator of the original ECW and one of his early mentors as his WWE Title reign grew to become the longest of the modern era.

Following that historic accomplishment, The Straight Edge Superstar continued to challenge even the most lofty of competitors, taking on The Undertaker’s legendary Streak at WrestleMania 29, engaging in a hellacious war with Brock Lesnar at that year’s SummerSlam and battling and somehow defeating all three members of The Shield in a single match on Raw.

With verbal skills that matched his in-ring abilities, Punk cemented himself as one of the most prolific and influential WWE Champions of all time.