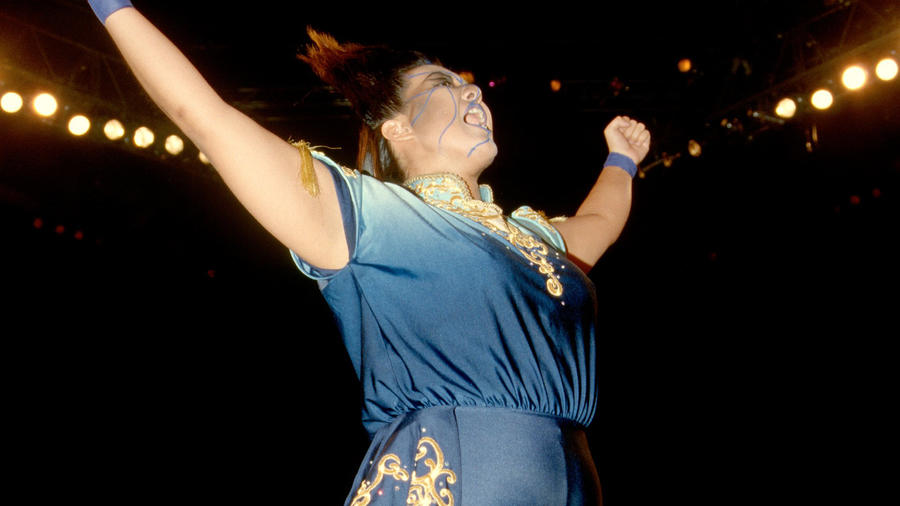 The name Diva would never have fit Bull Nakano comfortably. There were no little black dresses in her closet, no red-soled Louboutin shoes on her feet. She was a warrior, plain and simple, and the women who survived their run-ins with Nakano have the scars to prove it.

Debuting as a competitor in the notoriously stern world of All Japan Women's Pro-Wrestling when she was only a teenager, Nakano became familiar to WWE fans when she terrorized good girl Alundra Blayze in 1994. She competed in WWE long before that, however, teaming up with powerhouse Dump Matsumoto as The Devils of Japan on a series of shows in ’86.

Even back then, Nakano was already carving out her persona as a black hearted villain with a captivating appearance that was equal parts Tokyo scream queen and Bowery punk rocker. Shaving the sides of her long hair before Skrillex was even born, Bull rocked leather vests and fright makeup to draw the attention of the crowd, but she was much more than just a “Mortal Kombat” cosplayer.

A singles champion in Japan, Mexico and WWE, Nakano intimidated opponents with her unbridled intensity and put them down with her imposing 200-pound frame. Taking obvious pleasure in causing pain, she’d grab a handful of hair and fling a rival across the ring in tribute to The Fabulous Moolah. And her Guillotine Legdrop claimed more victims than a French executioner.

Nakano became a revered sports-entertainment figure following a string of physical encounters against formidable opponents like Aja Kong and Manami Toyota in Japan. It was this international reputation that brought her to WWE in ’94 for a rivalry with Alundra Blayze that revitalized the long stagnant Women’s Title. The two battled exhaustively throughout the year with Nakano’s biggest victory coming on Nov. 24, 1994, when she won the Women’s Championship in front of more than 42,000 fans in the Tokyo Dome.

Nakano and Blayze rumbled again in WCW in ’95, but her ring career began to wind down soon after. Following a brief stint as a professional golfer (where she undoubtedly brained opponents with her sand wedge), Nakano officially retired from wrestling on Jan. 8, 2012. Still, although her run in WWE was brief, her stunning look and in-ring daring made her a competitor that was impossible to forget.