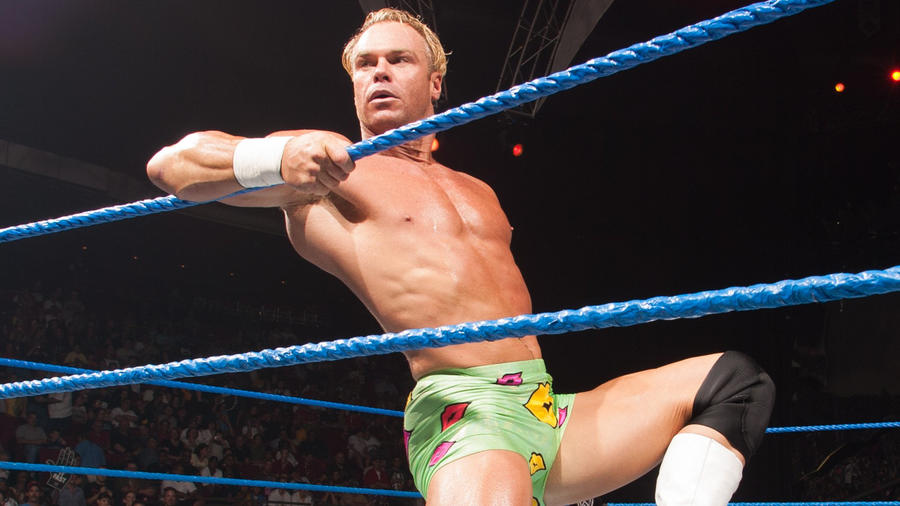 Billy Gunn can do it all.

The 6-foot-3, 260-pound phenomenon from Orlando, Fla. is a natural athlete who can bust out a dropkick with textbook precision and hoist an opponent over his head with animal-like strength. He's charismatic, too. A cocky, in-your-face outlaw, Billy rocked with The Honky Tonk Man, threw a lasso as a Smoking Gunn and broke it down with D-Generation X en route to a whopping 11 Tag Team Title reigns and the 1999 King of the Ring crown.

Starting off in 1993, he was a tag team specialist alongside his brother, Bart Gunn. As mustachioed cowpokes, the aptly named Smoking Gunns won the tag titles three times against duos like The Godwinns and Owen Hart & Yokozuna. Billy was the pair’s clear breakout star, but he stumbled when he changed his name to Rockabilly and linked up with the aging Honky Tonk Man.

Gunn’s career reached its peak when he returned to the tag division alongside Road Dogg. A fellow frustrated Superstar, the one-time Roadie convinced Rockabilly to abandon his outdated persona and embrace his inner outlaw. By themselves, the competitors were relative nobodies in WWE. Together, they became brash members of DX, five-time World Tag Team Champions and the most popular duo of WWE’s Attitude Era.

Dubbing themselves The New Age Outlaws, the team had a natural chemistry with Road Dogg’s swaggering jocularity perfectly complementing Gunn’s born-this-way athleticism. The unstoppable combination captivated the WWE Universe while toppling legendary duos like Legion of Doom and The Rock ‘n’ Sock Connection.

Looking primed to bust out as a main event singles star, Gunn bested X-Pac to win the 1999 King of the Ring tournament and even faced off with The Rock at SummerSlam that same year. But instead of stepping up to WWE Title contention, Gunn returned to the comfort of The New Age Outlaws. The team experienced success, but the preternaturally talented Superstar never seemed to live up to his expectations after that.

The remainder of Gunn’s WWE tenure was a revolving door of unexpected personas. He captured the Intercontinental Title as “The One,” formed "The Show Gunns" with Big Show and won two tag titles with his good buddy, Chuck Palumbo. Before long, though, the gifted Floridian was gone from WWE.

Nearly a decade later, however, Gunn returned to the ring alongside Road Dogg, leading to the two men beating Cody Rhodes & Goldust for the WWE Tag Team Titles in the Royal Rumble Kickoff Match. More than 14 years since they were last in title contention, The New Age Outlaws definitely proved that they still have "it."

Although the Rhodes brother defeated The New Age Outlaws by disqualification the next evening, the Attitude Era stalwarts retained the titles against Rhodes & Goldust inside of a steel cage a week later.

In recent weeks, The New Age Outlaws have been struggling with a new rival in The Usos. However, although Gunn lost to Jey Uso in singles action on Raw, the veteran champions proved too crafty for the high-flying Samoan tag-team and successfully defended the WWE Tag Team Titles at Elimination Chamber.

The night after Elimination Chamber, The New Age Outlaws battled The Usos inside a steel cage. Road Dogg and Billy Gunn were stunned as the twin sons of Rikishi picked up a surprisingly quick non-title victory.

Gunn and Road Dog thought they could reverse their recent misfortunes when they and Kane teamed up to face The Shield at WrestleMania 30. Unfortunately, The New Age Outlaws found they couldn’t tame The Hounds of Justice, who dispensed with the trio on The Grandest Stage of Them All. ,