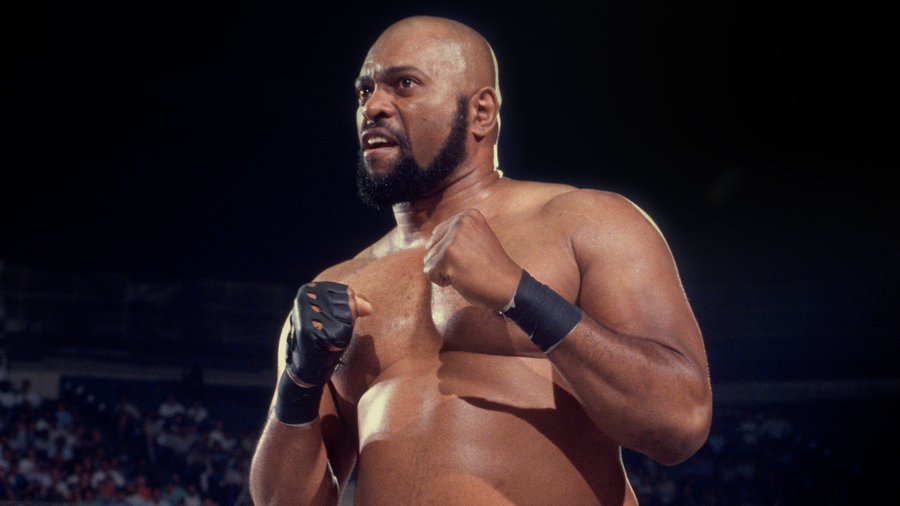 Few Superstars have ever been as surly as Bad News Brown.

Starting in the squared circle after winning the bronze medal in judo at the 1976 Olympics, Brown combined his grappling expertise with vicious brawling techniques he picked up on the mean streets of his hometown, Harlem, N.Y., to become one of sports-entertainment’s most feared competitors.

After tearing through Stampede Wrestling in Calgary, Alberta, Bad News made his way to WWE in 1988. He made an instant impact, knocking out opponent after opponent with a devastating enzuigiri he dubbed the “Ghetto Blaster.”

Bad News preferred to keep to himself, making no friends. Even the most evil of WWE Superstars couldn’t warm up to Brown. At several Survivor Series events, the Harlem native opted to walk out on his team, rather than work as part of a unit.

Brown demanded title opportunities, deriding the “beer-bellied sharecroppers” and “spineless cockroaches” he claimed were holding him back. Bad News went as far as to accuse then–WWE President Jack Tunney of colluding with stars like Hulk Hogan and “Macho Man” Randy Savage, putting his hands on the esteemed official when he denied the claims. He eventually received several opportunities at the WWE Championship, but came up short when his dastardly ways backfired.

Bad News soon focused his attention on another unpredictable Superstar: “Rowdy” Roddy Piper. After The Hot Scot eliminated him from the 1990 Royal Rumble Match, Brown climbed back to the ring apron and forced Piper over the top rope and out of the fray, setting off a brawl no WWE official could halt. The two Superstars couldn’t be kept apart, even on The Grandest Stage of Them All, as Brown and Piper battled to a double count-out at WrestleMania VI.

During summer 1990, WWE fans learned there was one thing that scared the hardened New Yorker: snakes. Jake Roberts surprised Bad News with a birthday gift of the reptilian variety, spooking the Superstar. Looking for a way to combat Roberts and his dangerous python, Damien, Brown went back to his roots, searching for the meanest, nastiest creature in Harlem. He had to go underground to find them, scrounging through subway tunnels to find the biggest sewer rats in The Big Apple.

Though Bad News trained the rodents to feast on snakes, they couldn’t help him much in the ring against Roberts at SummerSlam 1990. After his defeat at the hands of “The Snake,” Bad News Brown disappeared from WWE.

Superstars could now rest easy, knowing the meanest, nastiest grappler was no longer breathing down their necks.