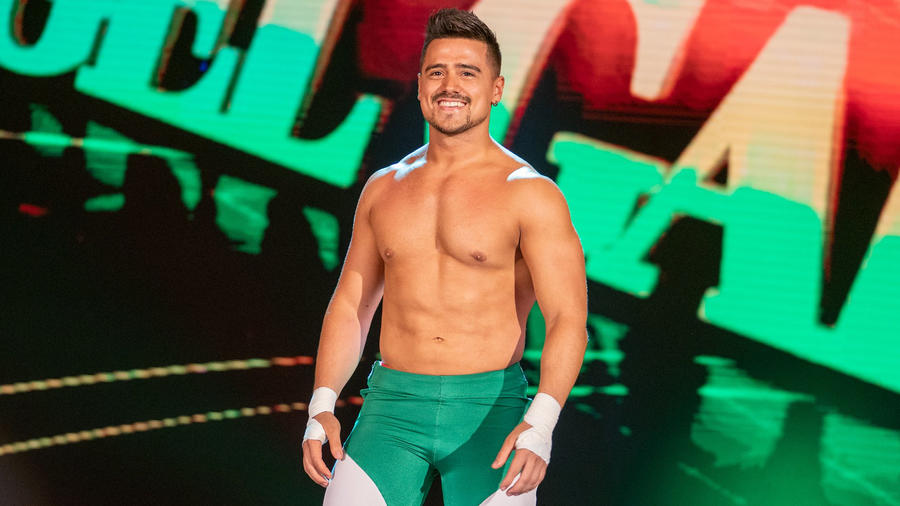 Blessed with movie-star good looks, a spectacular sports-entertainment pedigree and machismo to spare, Angel Garza is an attention-getter to the nth degree.

The third-generation luchador, who hails from Mexico’s famed Garza wrestling dynasty, broke into the sport at age 15 and hasn’t looked back since. After spending a decade conquering the competition in his homeland, Garza was signed to NXT in 2019, joining a roster that already included his cousin Humberto Carrillo. Following in the footsteps of his forefathers — such as his late uncle, former WCW Superstar Hector Garza — Angel Garza proudly embodies the traditions of lucha libre, employing a silky-smooth style of combat that emphasizes attacks from the sky.

In short, Garza’s good and he knows it. He’s not bashful about praising his own abilities or even his cosmetic appeal. Describing himself as having a “pretty face” and a “perfect body,” Garza loves to whip admirers into a frenzy, which sometimes means tearing off his long tights mid-match to expose short trunks.

Putting his ego aside, there’s no denying Garza’s preternatural gifts inside the squared circle. Every time the bell rings, Angel Garza gets his wings and prepares for flight, much to the detriment of whoever’s facing him.