With Paige hosting the contract signing between WWE Champion AJ Styles and Shinsuke Nakamura for their Last Man Standing Match for the title at WWE Money in the Bank, the tension was palpable as the two Superstars eyed one another down in the backstage area. With WWE personnel on hand, Styles looked The King of Strong Style dead in the eyes and pronounced that Nakamura could not defeat him straight up and that he would leave WWE Money in the Bank as he came in: as WWE Champion.

WWE’s Rockstar, not shaken by Styles’ statement, flung a pen at The Phenomenal One, instantly enraging AJ. Right then and there, Styles wanted to come to blows with Nakamura, urging him to stand up, but Shinsuke simply remained seated. Styles became more enraged by Nakamura’s refusal to engage, finally slapping The Artist across the face, causing WWE officials to escort Styles away from the contract signing. Seemingly unphased by AJ’s actions, Nakamura signed the contract and looked to Paige, making one simple statement: “Last. Man. Standing.” 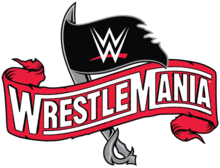