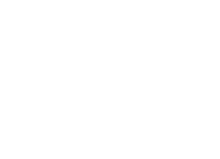 The Princess of Staten Island attempts to embarrass her challenger at WWE Money in the Bank until Mandy Rose & Sonya Deville come looking for a fight.

CORPUS CHRISTI, Texas — After vowing to deliver the truth about her WWE Money in the Bank opponent, Carmella kicked off SmackDown LIVE to “unmask” the real Asuka. The Princess of Staten Island showed a video package of the few low moments from Asuka’s WWE career and began to build the argument that she was broken after her WrestleMania 34 loss to Charlotte Flair. It was Carmella’s assertion that everyone was now ready for Asuka.

However, before Princess Mella could get too deep into her thesis, The Empress of Tomorrow hit the scene and confronted the SmackDown Women’s Champion. Before anything could transpire, however, Mandy Rose & Sonya Deville also interrupted, stating that Mandy was only one second away from defeating Asuka last week and that tonight Deville would seal the deal.

Carmella fueled the fire, saying that the formerly undefeated Asuka would not stand for such disrespect and would take on Mandy & Sonya at the same time. Amidst all this ballyhoo, SmackDown LIVE General Manager Paige arrived to try and calm the situation down by asking Asuka who she wanted to face tonight — Mandy or Sonya. Asuka shouted that she wanted both of them! Paige okayed it, and a Handicap Match was next.

Having been so worked up by Mandy Rose, Sonya Deville and Carmella, Asuka now took on Rose & Deville in a Handicap Match, while the SmackDown Women’s Champion gloated on commentary.

Despite the numbers disadvantage and Carmella causing distractions a plenty from the announcers table, including moonwalking across the desk, Asuka powered through and showed no signs of the lost confidence that Princess Mella was referring to. Rose & Deville had no answers for The Empress’ attacks, and Asuka forced Sonya to tap to the Asuka Lock.

After the match, much like last week, Carmella brazenly got right in Asuka’s face. However, right as Carmella stepped to her, Mandy tried to avenge her fallen friend by attacking Asuka, but The Empress heard her coming and dropped her. However, this left Asuka’s back turned to The Princess of Staten Island, creating a clear lane for Carmella to smash the SmackDown Women’s Title over her challenger’s back and drill her with a superkick.

Carmella may or may not be ready for Asuka, but she has certainly been ready to pounce in hopes of gaining the upper hand… as she did tonight.

Before the SmackDown Tag Team Title Match at WWE Money in the Bank, Karl Anderson takes on Harper of The Bludgeon Brothers in singles competition.

With The Good Brothers’ SmackDown Tag Team Championship Match at WWE Money in the Bank on the horizon, Karl Anderson took on Harper in singles action.

Harper dominated most of the contest, as Rowan and Luke Gallows watched from ringside. However, when Harper missed a crucial sidekick and his leg bounced off the rope, Anderson slipped behind him and rolled him up to get the surprise W.

After the bout, Harper was immediately up and seemingly ready to pounce on Anderson, but The Good Brothers got out of dodge quickly, basking in their victory less than two weeks before their title bout at WWE Money in the Bank.

Photos: Anderson slugs it out with Harper prior to tag title bout

After the chaotic bedlam that was the Dance-Off last week, Jimmy Uso & Naomi took on Aiden English & Lana tonight. With Rusev not at ringside (he was preparing for the main event later in the night), the odds were completely even as the two sides squared off.

The action was fast and furious, with both Naomi and Lana looking to claim a big win heading toward the Women’s Money in the Bank Ladder Match. In the match’s pivotal moments, Jimmy and Naomi worked together to knock Lana out of the ring, and Naomi came out of nowhere to take English down with a crossbody from the top rope, allowing Jimmy to catch Aiden flush in the throat with a Superkick for the 1-2-3.

Jimmy & Naomi celebrated the win, but English continued to writhe in pain after the match, gasping for air after suffering an apparent injury to his throat. What does this mean for English? Is his heavenly voice now in jeopardy?

With Paige hosting the contract signing between WWE Champion AJ Styles and Shinsuke Nakamura for their Last Man Standing Match for the title at WWE Money in the Bank, the tension was palpable as the two Superstars eyed one another down in the backstage area. With WWE personnel on hand, Styles looked The King of Strong Style dead in the eyes and pronounced that Nakamura could not defeat him straight up and that he would leave WWE Money in the Bank as he came in: as WWE Champion.

WWE’s Rockstar, not shaken by Styles’ statement, flung a pen at The Phenomenal One, instantly enraging AJ. Right then and there, Styles wanted to come to blows with Nakamura, urging him to stand up, but Shinsuke simply remained seated. Styles became more enraged by Nakamura’s refusal to engage, finally slapping The Artist across the face, causing WWE officials to escort Styles away from the contract signing. Seemingly unphased by AJ’s actions, Nakamura signed the contract and looked to Paige, making one simple statement: “Last. Man. Standing.”

Photos: The Phenomenal One and WWE's Rockstar put pen to paper for WWE Title bout

Two best friends collided on SmackDown LIVE, as Charlotte Flair squared off against Becky Lynch, with both looking score a monumental victory before the Women’s Money in the Bank Ladder Match in less than two weeks.

Becky and Charlotte, who are no strangers to one another, had the WWE Universe on the edge of their seats during their latest collision. Just when it seemed that The Queen was close to locking in the Figure-Eight Leglock, Lynch quickly countered into the Dis-arm-her for the tapout win.

After the match, even with Money in the Bank literally looming, Flair and Lynch still showed mutual respect, as Becky helped Charlotte up after the contest. Unfortunately, there will be no such camaraderie during the Women’s Money in the Bank Ladder Match in Chicago.

Photos: The Queen and Becky dazzle the WWE Universe in epic back-and-forth bout

Speaking with Renee Young, Big Cass spoke on his upcoming match with Daniel Bryan at WWE Money in the Bank. Big Cass continually poked and prodded Bryan about the size disparity between the two Superstars and how he knocked Bryan out cold with a Big Boot last week. The seven-footer then stated definitively that after WWE Money in the Bank, The “Yes!” Man would wake up beaten, broken and with the firm realization that there was no future for him in the “big man’s world” that is WWE.

Photos: Big Cass tried to demean The Beard prior to clash at WWE Money in the Bank

The New Day squared off against The Miz, Samoa Joe & Rusev in a Six-Man Tag Team Match in a battle of Superstars who will represent SmackDown LIVE in the Men’s Money in the Bank Ladder Match. Despite the WWE Universe still not knowing who The New Day will choose to represent their squadron in the Money in the Bank Match, Big E, Kofi Kingston and Xavier Woods fought freely in the face of tough opposition. To counteract, The A-Lister, Samoan Submission Machine and Bulgarian Brute looked to cut the ring off and ground and pound the energetic group.

It appeared that Miz, Joe and Rusev were closing in on victory after Joe took out Xavier with the Coquina Clutch and Rusev leveled an airborne Kofi with a Machka Kick. However, when there was a miscommunication in trying to hit Big E with a plate of pancakes, Miz accidentally threw the flapjacks at Joe and Rusev, and both men decimated The A-Lister. Left alone, Miz was easy pickings for The New Day, and they dropped him with the Midnight Hour pick up the victory.

Who The New Day will put in the Money in the Bank Match is still a massive mystery, but tonight, one thing was for sure: New Day rocked!